And that was just the beginning.

Bitcoin currently trades OVER 300% higher since then.

That’s chump change compared to the stocks we found.

EACH OF THESE STOCKS RETURNED OVER 1500% SINCE OCTOBER!

And the best part…

NO ONE SEES THESE MASSIVE OPPORTUNITIES!

According to our TrackstarIQ data, neither retail investors nor institutional advisors searched for these stocks in the last 60 days.

This is why we analyzed these stocks for you – to help you make an informed decision.

You see, both of these stocks capitalize on the digital currency craze.

But they do it in very different ways.

And that’s what makes these plays so interesting.

First, we want to compare digital currencies and their stock counterparts. That way, you see the benefits and drawbacks of each.

Digital currencies work as a form of payment. Stocks do not.

That seems obvious, but most people don’t realize the benefits of holding an investment that quickly converts to everyday purchases.

Right now, one Bitcoin would cost you around $60,000. However, you can purchase partial Bitcoins or fractions, making it fairly affordable.

Today, companies like PayPal (PYPL) allow you to buy and sell Bitcoin as well as other cryptocurrencies. Square (SQ) makes it possible to pay with cryptocurrencies. Even Elon Musk said he’d take Bitcoin Tesla payments.

Sounds great, but there’s a catch.

Over the years, there’s been a spat of thefts with coins stolen out of people’s virtual wallets to the exchange itself.

And the biggest hurdle, which most investors struggle with is this. You own a currency that isn’t backed by any government, nor has any guarantee it won’t crash to zero.

While digital currency acceptance continues to grow, there’s always the risk the trend reverses, and you’re stuck with nothing.

Owning a stock that ties to a digital currency vs. the currency itself comes down to four key points

Most of us know, invested in, or have traded stocks at some point in our lives. So we generally understand how they work.

You buy stock in a company – you own part of that company.

They go belly up – you retain some legal claims to their assets.

Yet, the two main reasons people choose stocks like MARA or RIOT come down to how they trade.

As noted earlier, MARA and RIOT have returned over 1500% since October. That’s double what Dogecoin (the one with the dog logo) did in January.

These companies don’t grow linearly to the value of the cryptocurrency but rather exponentially. That’s how they deliver such big gains.

By far, the greatest benefit of these stocks is their derivative plays.

Options trading is hot right now. And why wouldn’t it be?

Investors gain control over 100 shares per option contract for a fraction of the total cost to own those same shares outright.

In turn, increases in the underlying stock create massive windfalls if you pick the direction and timing correctly.

Now that we’ve got the foundation let’s take a look at these two companies.

Mining operations are a part of most cryptocurrency ecosystems.

Essentially, miners muscle through calculations that, when solved, add another block (transactions) to the chain (ledger).

For each transaction they solve, they receive cryptocurrency as payment.

No joke, this is what their facility in Montana looks like. 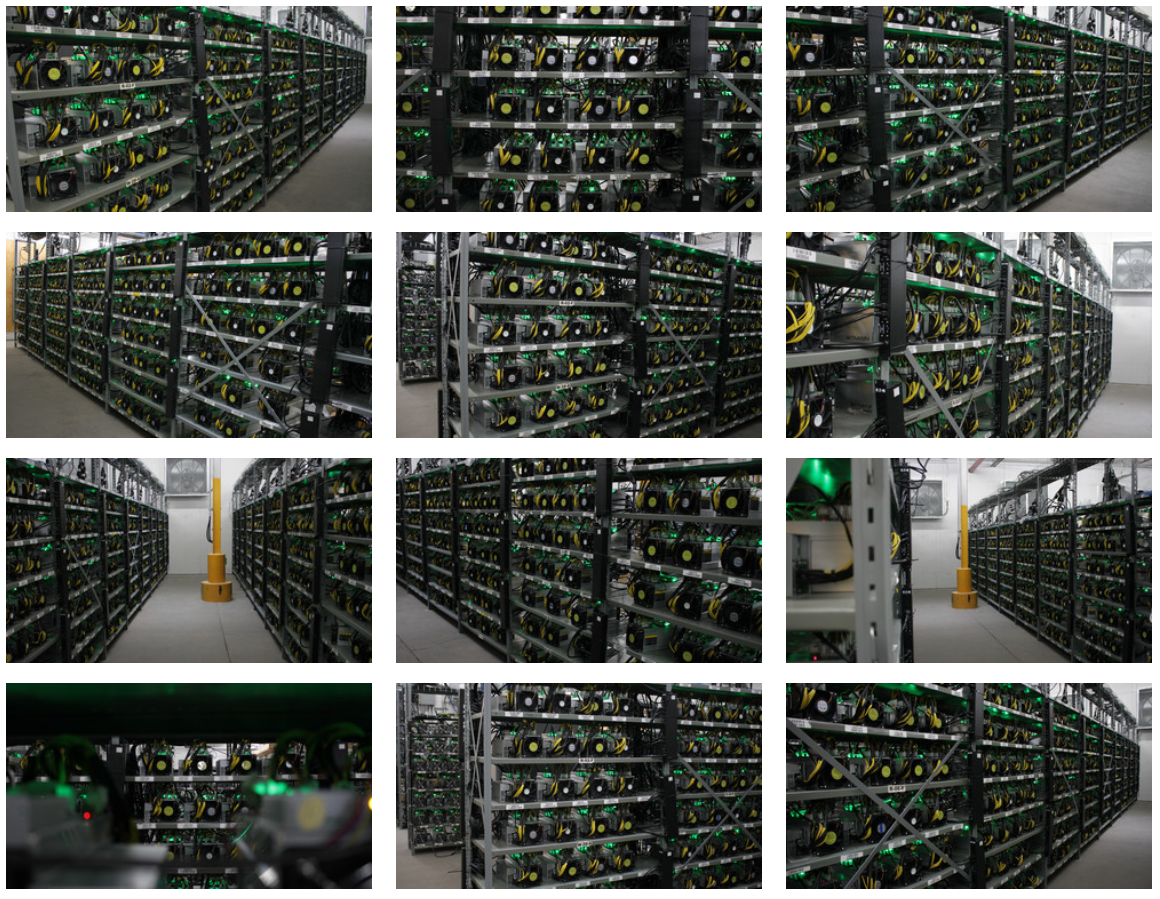 These data centers consume enormous amounts of power to solve these transactions.

At some point decades down the road, miners will switch from receiving Bitcoins as payment to processing fees from the merchants and buyers.

Here is a great slide from their investor deck that shows how the price of Bitcoin affects their financial performance. 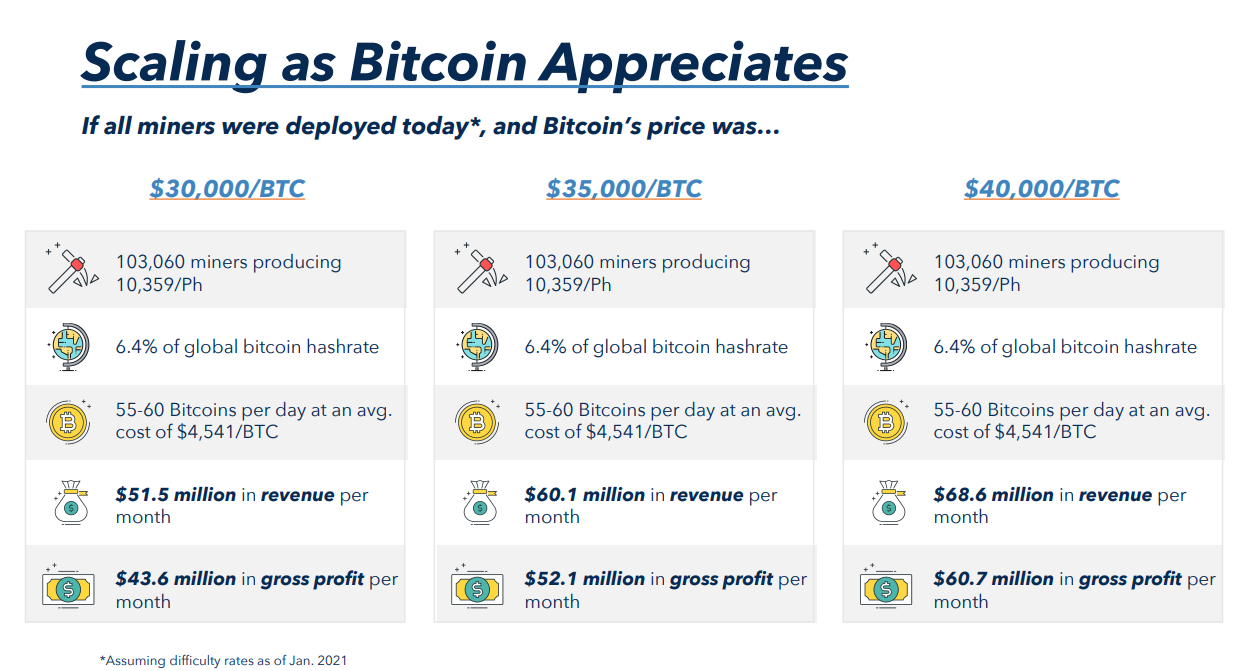 Marathon plans to continue adding to its mining operations while striving to reduce its operating costs.

They purchased another 1,500 next-generation S19 Pro and S19j pro Antminers from BitmainTech, expanding their capacity.

The main difference comes down to size and valuation.

But the biggest difference investors should care about is growth.

Both companies plan to increase their operations. The question is who does it first and better.

However, RIOT fares better with a price-to-sales ratio of 278x vs. 414x for MARA.

Neither of these companies is cheap.

What they provide is alternative investment plays for Bitcoin, letting investors diversify their holdings.

You can expect both to keep rising alongside Bitcoin.

If and when Bitcoin pulls back, these will go with it.

A Crash in the Hash Rate for Bitcoin

Life After Death For The Coal Industry