Part-time employment went up by 198,000 meaning the entire increase in household survey employment was part-time.

This snap back is nowhere near as big as it appears at first glance. It will take at least another month to see if weakness in March was the start of something or an outlier.

The Bloomberg Consensus jobs estimate was for 220,000 jobs, nearly right on target. The estimate range was a wide 180,000 to 335,000. There is lots of optimism from some economists.

Bloomberg: The April employment report is mixed and probably won’t be pulling forward expectations for a Fed rate hike. Nonfarm payroll growth came in about as expected, at a soft 223,000. But there is a substantial downward revision to what was already an extremely weak March, from 126,000 to 85,000. The good news is another downtick in the unemployment rate, to 5.4 percent from 5.5 percent and reflecting a favorable mix led by a rise in those finding jobs.

Details of the payroll data show a very large 45,000 rise in what has been a depressed construction sector. This is one of the largest monthly gains of the recovery and may point to springtime acceleration for construction and new housing. Professional business services added a strong 62,000 jobs with temporary services up a solid 16,000 for its best gain of the year.

Let’s take a look at all the key numbers.

BLS Jobs Statistics at a Glance 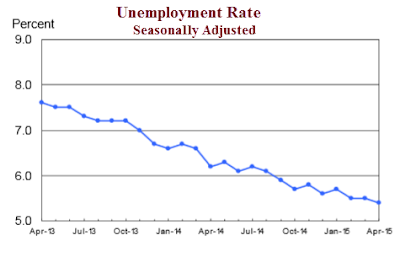 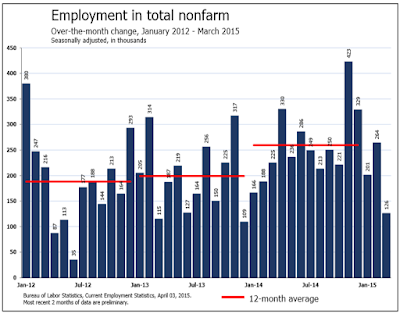 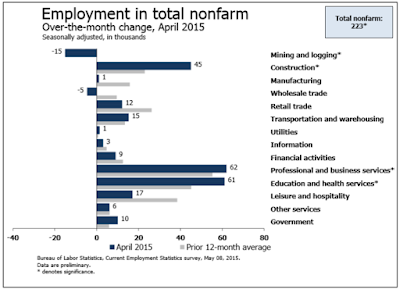 Starting January 2014, I dropped the Birth/Death Model charts from this report. For those who follow the numbers, I retain this caution: Do not subtract the reported Birth-Death number from the reported headline number. That approach is statistically invalid. Should anything interesting arise in the Birth/Death numbers, I will add the charts back. 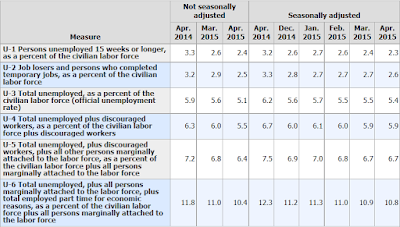 Table A-15 is where one can find a better approximation of what the unemployment rate really is.

U-6 is much higher at 10.8%. Both numbers would be way higher still, were it not for millions dropping out of the labor force over the past few years.

Some of those dropping out of the labor force retired because they wanted to retire. The rest is disability fraud, forced retirement, discouraged workers, and kids moving back home because they cannot find a job.

Bank Reserves and Loans: The Fed is Pushing On a String