The BEA released their estimate of February vehicle sales. The BEA estimated sales of 16.53 million SAAR in February 2019 (Seasonally Adjusted Annual Rate), down 0.8% from the January sales rate, and down 2.3% from February 2018.

2019 is off to a slow start for vehicle sales; averaging 16.6 million through February (average of seasonally adjusted rate). 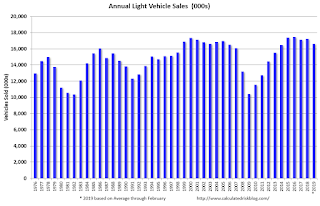 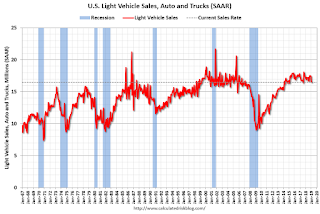 A small decline in sales this year isn’t a concern – I think sales will move mostly sideways at near record levels.

This means the economic boost from increasing auto sales is over (from the bottom in 2009, auto sales boosted growth every year through 2016).

Harvard Trained Economist: MARK MY WORDS – US Real Estate Will NEVER Be What It Was Before