Hedge Funds Have Never Been This Bullish On RLI Corp. (RLI)

After several tireless days we have finished crunching the numbers from nearly 750 13F filings issued by the elite hedge funds and other investment firms that we track at Insider Monkey, which disclosed those firms' equity portfolios as of June 28. The results of that effort will be put on display in this article, as we share valuable insight into the smart money sentiment towards RLI Corp. (NYSE:RLI).

Is RLI Corp. (NYSE:RLI) undervalued? Hedge funds are buying. The number of bullish hedge fund bets inched up by 2 lately. Our calculations also showed that RLI isn't among the 30 most popular stocks among hedge funds (view the video below).

Video: Click the image to watch our video about the top 5 most popular hedge fund stocks. 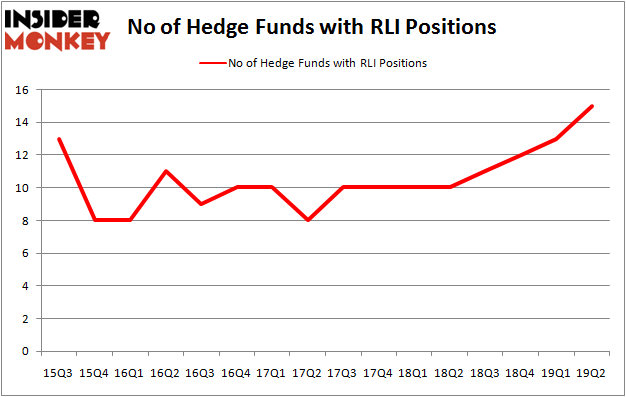 Unlike former hedge manager, Dr. Steve Sjuggerud, who is convinced Dow will soar past 40000, our long-short investment strategy doesn't rely on bull markets to deliver double digit returns. We only rely on hedge fund buy/sell signals. We're going to check out the new hedge fund action regarding RLI Corp. (NYSE:RLI).

What have hedge funds been doing with RLI Corp. (NYSE:RLI)?

At the end of the second quarter, a total of 15 of the hedge funds tracked by Insider Monkey held long positions in this stock, a change of 15% from the first quarter of 2019. On the other hand, there were a total of 10 hedge funds with a bullish position in RLI a year ago. With hedge funds' capital changing hands, there exists an "upper tier" of notable hedge fund managers who were adding to their stakes meaningfully (or already accumulated large positions). 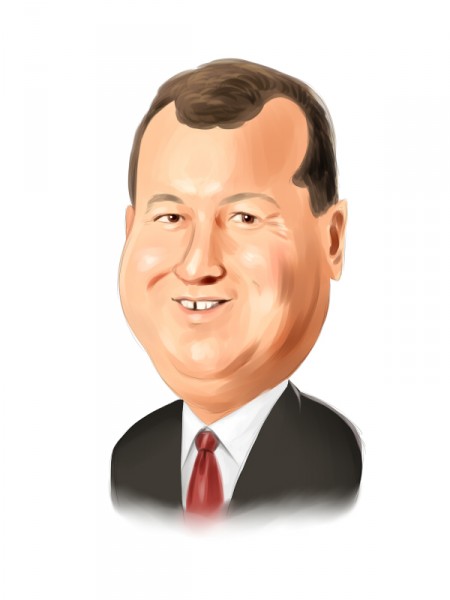 The largest stake in RLI Corp. (NYSE:RLI) was held by Markel Gayner Asset Management, which reported holding $102.6 million worth of stock at the end of March. It was followed by Royce & Associates with a $25.7 million position. Other investors bullish on the company included Polar Capital, GLG Partners, and Winton Capital Management.

With a general bullishness amongst the heavyweights, specific money managers were breaking ground themselves. Citadel Investment Group, managed by Ken Griffin, assembled the most valuable position in RLI Corp. (NYSE:RLI). Citadel Investment Group had $1.6 million invested in the company at the end of the quarter. Dmitry Balyasny's Balyasny Asset Management also made a $0.5 million investment in the stock during the quarter. The following funds were also among the new RLI investors: Paul Tudor Jones's Tudor Investment Corp, Matthew Hulsizer's PEAK6 Capital Management, and Steve Cohen's Point72 Asset Management.

As you can see these stocks had an average of 22.5 hedge funds with bullish positions and the average amount invested in these stocks was $627 million. That figure was $172 million in RLI's case. Mirati Therapeutics, Inc. (NASDAQ:MRTX) is the most popular stock in this table. On the other hand FibroGen Inc (NASDAQ:FGEN) is the least popular one with only 16 bullish hedge fund positions. Compared to these stocks RLI Corp. (NYSE:RLI) is even less popular than FGEN. Hedge funds clearly dropped the ball on RLI as the stock delivered strong returns, though hedge funds' consensus picks still generated respectable returns. Our calculations showed that top 20 most popular stocks among hedge funds returned 24.4% in 2019 through September 30th and outperformed the S&P 500 ETF (SPY) by 4 percentage points. A small number of hedge funds were also right about betting on RLI as the stock returned 8.7% during the third quarter and outperformed the market by an even larger margin.

Disclosure: None. This article was originally published at Insider Monkey.