The Cleveland Fed released the median CPI and the trimmed-mean CPI this morning: 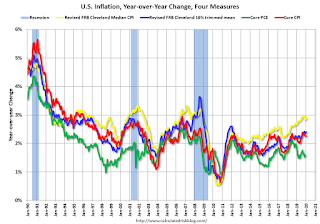 Overall, these measures are mostly above the Fed’s 2% target (Core PCE is below 2%).