From the Census Bureau: Permits, Starts and Completions 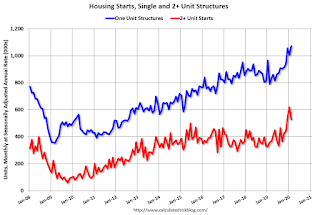 Multi-family is volatile month-to-month, and  had been mostly moving sideways the last several years – but increased sharply recently.

Single-family starts (blue) increased in February, and were up 35.4% year-over-year. 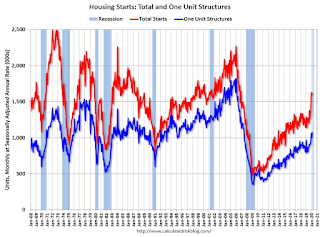 The second graph shows total and single unit starts since 1968.

The second graph shows the huge collapse following the housing bubble, and then eventual recovery (but still historically low).

Total housing starts in February were well above expectations and revisions were positive.