Economic activity in the manufacturing sector grew in September, with the overall economy notching a fifth consecutive month of growth, say the nation’s supply executives in the latest Manufacturing ISM® Report On Business®. 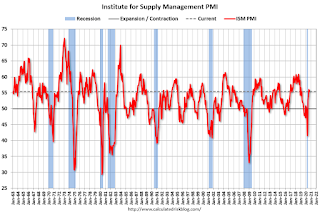 This was below expectations of 56.2%, and the employment index improved, but indicated some further slight contraction.

This suggests manufacturing expanded at a slightly slower pace in September than in August.

XRP Could Blow From Here

Chart a Course To Self-Reliance