The great recession / housing bust / financial crisis related failures have been behind us for several years.

The first graph shows the number of bank failures per year since the FDIC was founded in 1933. 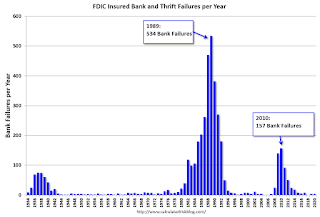 Typically about 7 banks fail per year. 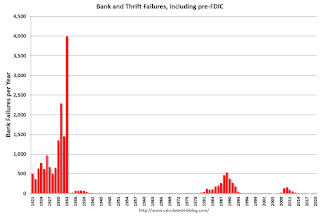 The second graph includes pre-FDIC failures. In a typical year – before the Depression – 500 banks would fail and the depositors would lose a large portion of their savings.

Then, during the Depression, thousands of banks failed. Note that the S&L crisis and recent financial crisis look small on this graph.