Boxing is arguably the most difficult and brutal game, with limited restrictions or rules. Boxing is played at both amateur and professional levels. Amateur boxing is seen at the collegiate, Olympic, and commonwealth games level, with bouts limited to three to four rounds. On the contrary, professional matches include World Championships with long bouts having ten to twelve rounds.

The boxing championships are divided into different categories based on the weight of the boxer. These categories include flyweight being the lightest of all at the 108-112 lbs. range. The other categories in order of increasing weight are featherweight, lightweight, welterweight, middleweight, light-heavyweight, and finally the heavyweight with a weight range of over 200 lbs.

Pound-for-pound rankings are released to resolve this issue, which takes the performance relative to weight. There are four major sanctioning bodies for professional boxing: World Boxing Association (WBA), World Boxing Council (WBC), International Boxing Federation (IBF), and World Boxing Organization (WBO). Each one of these sanctioning bodies has its own championships and winners and hence release their own rankings.

There is no central body that releases the rankings like the International Cricket Council (ICC) in the case of cricket. Some sports companies like ESPN (the brand of the Walt Disney Company (NYSE: DIS)), The Ring, and BoxRec release their rankings. But these rankings are based on the performance of boxers, their defeats, the quality of wins measured by knockouts and skills, hence highly subjective. 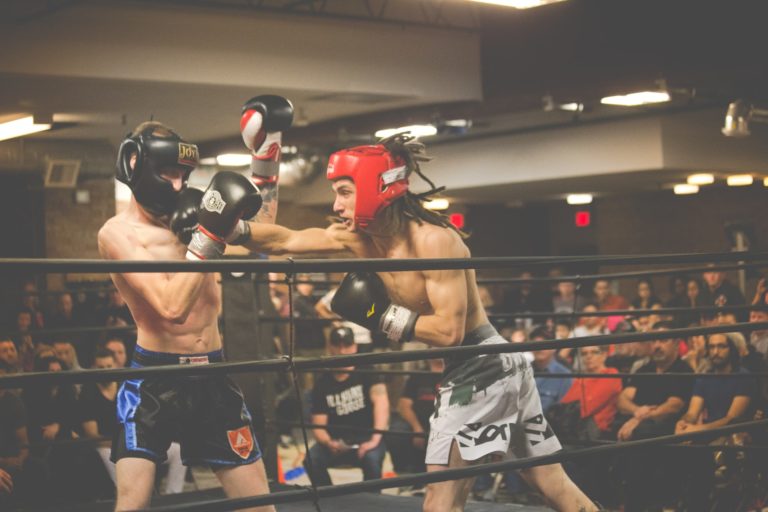 Photo by Hermes Rivera on Unsplash

Compiling the list of the best boxers of all time is a subjective matter and cannot be explained solely by the number of wins. For this list, we have taken four main components as criteria for ranking: in-ring performance, achievements, dominance, and mainstream appeal. In-ring performance is gauged by the number of matches played, how the fight has been played, and whether the wins are knockouts or not. Achievements include championships, how long the championships are defended, and any special titles like the “boxer of the decade.” Dominance and mainstream appeal are the factors that players from the 2oth century have enjoyed the most. Players like Muhammad Ali have a very strong public appeal that cannot be ignored. Although many of today’s boxers have better performance in the boxing ring, they might not have the same respect and fame as Muhammad Ali or Sugar Ray Robinson. Hence this list does not include the greatest of today but the boxers who were the greatest in their time.

Each boxer in the list has two, three, or four numbers written after their name as (A-B-C-D). These numbers show wins, losses, draws, and no contest.

So, without further delay, let’s explore the 20 best boxers of all time.

20 Best Boxers of All Time

George Foreman won the gold medal in amateur boxing in the heavyweight division in 1968’s summer Olympics held in Mexico City. After this, he entered professional boxing, defeated Joe Frazier in 1973, and wrenched the title of world’s heavyweight champion. He remained in the field from 1969 to 1997 in the heavyweight division. Muhammad Ali outfought Foreman in “the Rumble of the Jungle” in 1977. He retired in 1977 but re-entered the boxing world. He defeated Michael Moorer in the 10th round at the age of 45, making history as the “oldest heavyweight champion.” He remained a prominent member of the World Boxing Hall of Fame and International Boxing Hall of Fame.

Known as “the Michigan Assassin,” Stanley Ketchel holds the championship in the middleweight division. He earned this title by defeating Jack Sullivan in 1908. During his career of seven years, from 1903 to 1910, he won 52 matches, out of which 49 were knockouts and lost 4. His fight in the heavyweight championship with Jack Johnson, in which he lost, is one of the famous moments of boxing in which he was being outweighed by 35 pounds. Stanley Ketchel was shot dead at the age of 24 in 1910 by his husband.

Archie Moore’s career spanned from 1935-63, in which he won 183 matches, out of which 131 were knockouts. He fought 168 battles before shooting for the championship. At the age of 39 years, Moore defeated Joey Maxim and won the title of champion of light-heavyweight. He remained the world champion till the age of 48 years and 59 days, making him the oldest world champion of the light-heavyweight division in the world.

One of the best players in the 1900s, Mickey Walker, started with the welterweight championship in 1922 and defended it six times before failing in 1926. Mickey Walker remained the middleweight champion after defeating Tiger Flowers for five years, from 1926 to 1931. Walker remained a successful player with 93 wins, with 60 being knockouts and 46 being indecisive. He was also a great painter and opened a restaurant after his boxing career.

Gene Tunney, a New York-based boxer, claimed the light-heavyweight championship in 1922 by defeating Battling Levinsky. He later lost to Harry Greb in the light-heavyweight championship.  Gene Tunney, known as the “Fighting Marine,” remained undefeated for 11 months in the heavyweight division after wining it from Jack Dempsey in 1926.  His career spans from 1915 to 1928 in which 61 remained wins with 45 knockouts. One of the famous instances of his career is the “Long Count,” where he was knocked down and came closer to the ten-second countdown. Even after this, he ended up winning the title and remained champion for the next two years.

Jimmy Wilde is regarded as the most destructive pound-for-pound boxer. His championship period is small, but with 99 knockouts out of 131 wins, he held the record at his time for the most knockouts for any weight class. He became the first flyweight champion in 1916 by defeating Young Zulu Kid.

Remained undefeated during his career, Rocky Marciano held the heavyweight champion title for nearly four years after winning it in 1952 by defeating Jersey Joe. His career spans from 1947 to 1956. Out of his 49 wins, 43 were knockouts. He retired after six successful defenses and becoming an iconic American athlete.

Harry Greb has a 13-year boxing career from 1913 to 1926, in which he won 105 fights with 48 knockouts. He earned the title of “the Pittsburgh Windmill” due to his ferocious attack. He fought over 48 battles in 1919 alone. He won the title of middleweight championship from 1923 to 1926. He became blind in the left eye in 1923. He defended the title six times and lost it to Tiger Flowers. He died at the age of 32

Sugar Ray Leonard, being a versatile boxer, won titles in five divisions: welterweight, junior middleweight, middleweight, super middleweight, light heavyweight. This versatility led him to be named the boxer of the decade of 1980s. Sugar Ray Leonard has a career spanning from 1977 to 1997. Out of 36 wins, 25 were knockouts.  Leonard won the gold medal in the Olympics in 1979. After defeating Roberto Duran in a rematch, he came to the mainstream after defeating him in the welterweight championship. He had lost his prior match with Roberto Duran. He retired in 1982 after his surgery for a detached retina but came back in 1984. In 1987 he won the middleweight championship against Marvin Hagler. In 1989, he defeated Donny Lalonde and became champion in the super middleweight and light heavyweight titles as well.

Joe Gans became the first African-American winner in the light-weighted boxing championship in 1902 after defeating Frank Erne. His boxing career spans from 1891 to 1909. Out of 120 wins, 85 were knockouts.  He lost the title in 1908 after failing to Nelson.

Sam Langford’s career starts in 1902 and ends in 1926. Out of 167 wins, 117 remained knockouts. He remained the most outstanding player who did not play for the world championship title. During his career, he played in lightweight, welterweight, middleweight, and heavyweight divisions. He became blind in one eye but continued to fight. Due to the overlapping of his career with Jack Johnson, he never made it to the championship title.

Jack Dempsey’s championship spanned from 1919 when he ruled in the heavyweight title after defeating Jess Willard. He lost to Tunney in 1926. Also known as “The Manassa Mauler,” he remained a cultural and social icon of the world, with a membership in the National Boxing Hall of Fame. As an aggressive attacker, 50 out of 61 wins were knockouts. His two-fisted punching style earned him fame among his fans.

Jack Jackson is known for being the first African-American boxer in the heavyweight championship. His career in the boxing ring started in 1897 and ended in 1928. Out of 85 wins, 48 remained knockouts. He fought against Tommy Burns in 1908 and won the heavyweight championship. He held the championship belt for over seven years before losing it to Jess Willard in 1915. He was a dominant boxer in the ring with bold behaviors outside the ring. He remained in exile in Europe and South Africa for much of his life and died in 1946.

Benny Leonard remained in the boxing world from 1911 to 1932 with 69 knockouts in 85 wins. He won the title of world champion in the lightweight division in 1917. He held the title until 1925, making him the longest-reigning lightweight champion ever. During the course of his career, he once fought 154 bouts without losing a single one. Out of the five losses, three of them are for his defeat in the formative years, one on a foul when playing in welterweight championship and one being the final one against Jimmy McLarnin. He became a referee after retirement.

Roberto Duran’s career spanned from 1968 to 2001, and out of 103 wins, seventy were knockouts. He was named lightweight championship after defeating Ken Buchanan in 1972. By remaining unstoppable, he defended the title for seven years. He defeated Sugar Ray Leonard in 1980 and became welterweight champion. He also won the title of junior middleweight belt in 1983 by defeating Davey Moore. After 21 years in their boxing career, he won the middleweight championship by beating Iran Barkley in 1989. 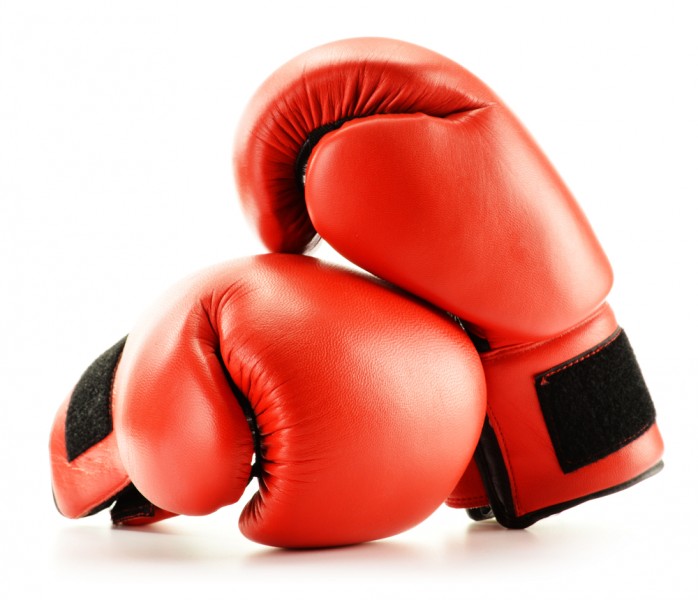 Joe Louis remained the heavyweight champion for 140 consecutive months, making over 11 years and eight months. Over the 15-year career stretching from 1934 to 1951, he scored 68 wins with 54 knockouts.

Famed for his two duels with Max Schmeling, a German boxer, earned him the nickname of “Brown Bomber.” In 1936, he lost to Schmeling but knocked out the challenger in the opening match in 1938. 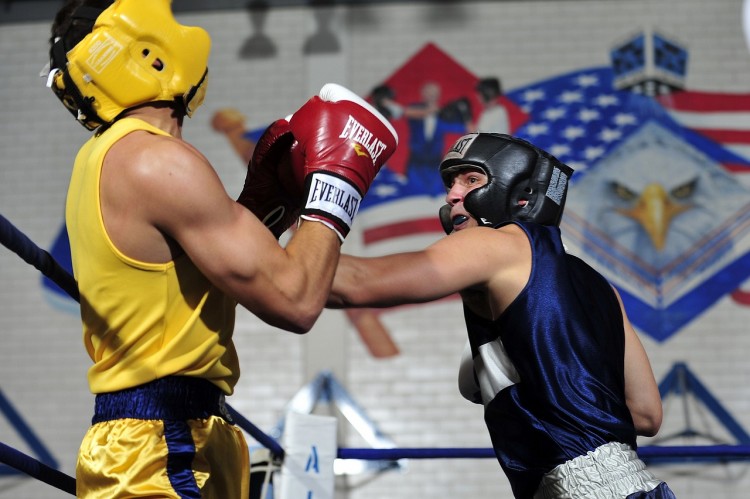 Henry Armstrong named as the “Fighter of the Year by The Ring” Magazine in 1937, has a long streak of remaining untouched by the rivals. He held the record of knocking out 27 consecutive opponents, a thing not found in boxing history. Moreover, he defended the welterweight belt on 18 different occasions making a world record. Out of 151 wins, 101 were knockouts. He played in the featherweight, lightweight, and welterweight championships. 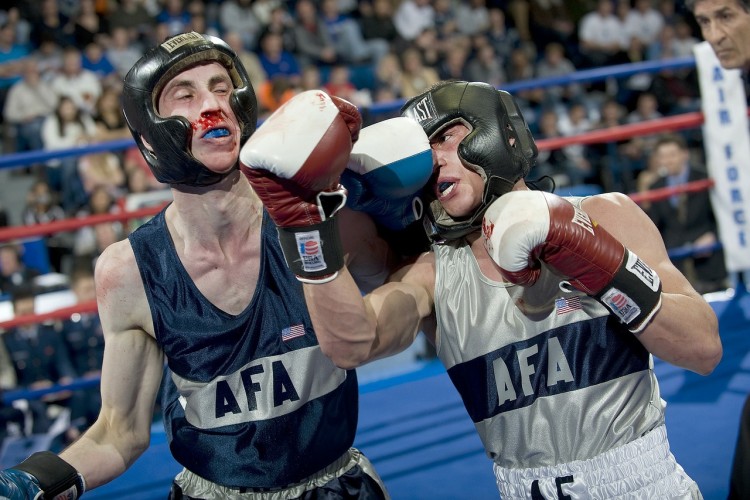 His fame is due to his performance in the boxing ring and the immense social and cultural impact brought by him. Also, many of his boxing moments like “The Rumble in the Jungle” with George Foreman and “The Thrill” have made him a publicly known personality. 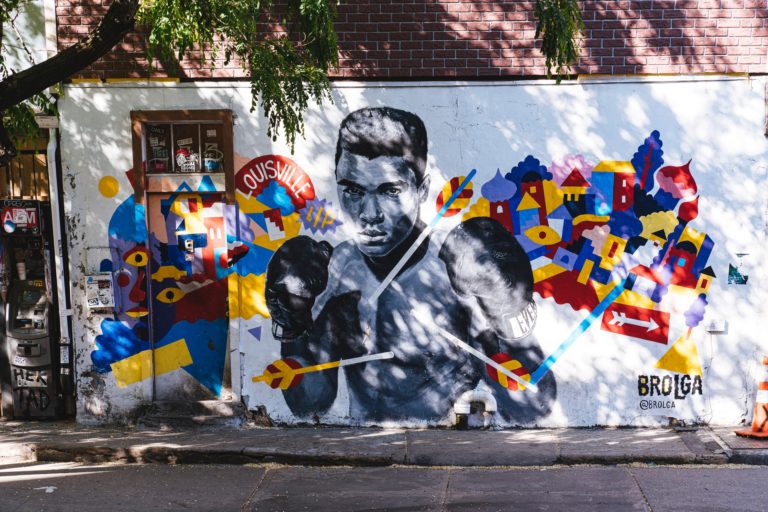 Sugar Ray Robinson is undoubtedly known as “numero uno.” Robinson’s career spans from 1940 to 1965, and during this period, he claimed many winnings in the middleweight and welterweight championships. Out of 175 wins to his name, 109 were knockouts. Sugar Ray Robinson won the welterweight title in 1946 and defended it four times. Ray Robinson also remained unbeaten in 91 straight contests over an eight-year tenure. Robinson is also crowned as the “fighter of the year” two times in his career. 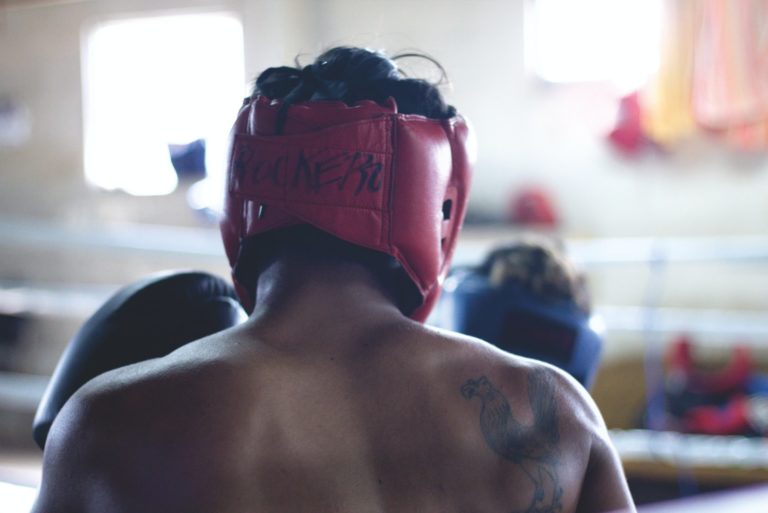 Photo by Nathz Guardia on Unsplash

You can also take a peek at The 10 Biggest Fast-Food Chains in the World and The 20 Most Unhealthiest Countries in the World.