The Census Bureau reports New Home Sales in October were at a seasonally adjusted annual rate (SAAR) of 745 thousand.

The previous three months were revised down significantly.

Sales of new single‐family houses in October 2021 were at a seasonally adjusted annual rate of 745,000, according to estimates released jointly today by the U.S. Census Bureau and the Department of Housing and Urban Development. This is 0.4 percent above the revised September rate of 742,000, but is 23.1 percent below the October 2020 estimate of 969,000.
emphasis added 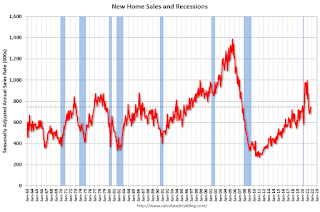 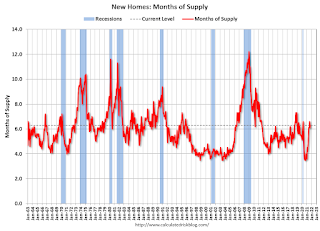 The months of supply increased in October to 6.3 months from 6.1 months in September.

This is slightly above the normal range (about 4 to 6 months of supply is normal).

“The seasonally‐adjusted estimate of new houses for sale at the end of October was 389,000. This represents a supply of 6.3 months at the current sales rate.” 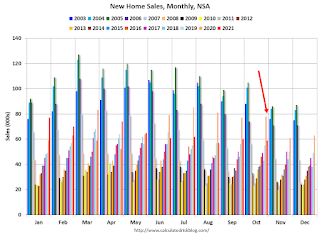 This was well below expectations of 801 thousand SAAR, and sales in the three previous months were revised down significantly. I’ll have more later today.

25 Richest People in the World Who Own Publicly Traded Companies