With consumer prices rising by 5.4% in July, experts are becoming increasingly convinced that recession will hit the US market in 2023. According to a survey conducted by Financial Times, nearly 38% of the financial experts predicted that the market will enter a recessionary period during the first two quarters of 2023. In another survey by Bank of America, analysts have raised the probability of a recession to 40% in the next 12 months.

After a tumultuous first half of the year with rising interest rates and tumbling stocks, the onset of recession looks inevitable for now. The US economy contracted in the second quarter as well, with GDP falling by another 0.9%.

Considering this situation, investors are putting their money in dividend stocks to protect their capital. According to Ben Snider, a senior equity strategist at Goldman Sachs, the average decline in dividend payments by the S&P 500 companies was just 1% during 12 recessionary periods since WWII. He further mentioned that the recession of 2020 resulted in a mere 3% decline in dividend payments. Dividend companies that exhibit solid financials survive the recessionary periods better as dividend payments of these companies usually don’t fall with stock prices. Some stocks to consider in this context are The Coca-Cola Company (NYSE:KO), Johnson & Johnson (NYSE:JNJ), and Exxon Mobil Corporation (NYSE:XOM). In this article, we will further elaborate on dividend stocks to buy now before the recession begins. 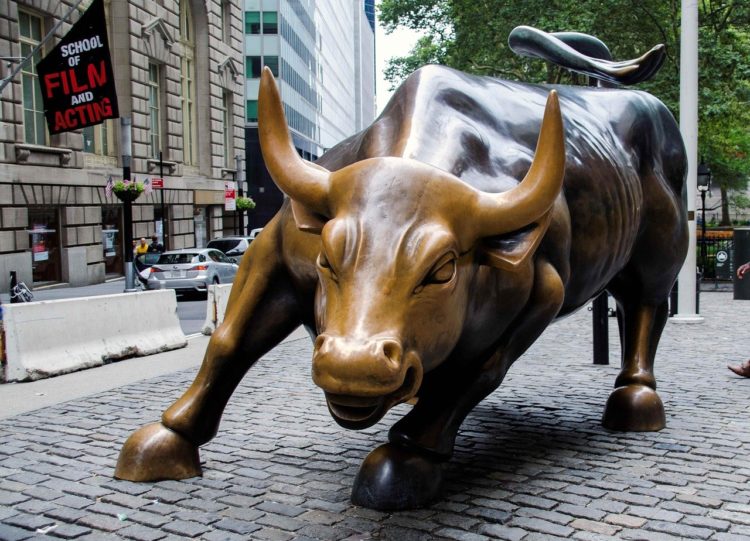 The companies mentioned below are defensive stocks, providing products and services that are vital in every market condition. These companies have shown strong financials in their recent earnings report and also hold strong track records of consistent dividend growth.

Costco Wholesale Corporation (NASDAQ:COST) is an American multinational big-box store company that also operates a chain of retail stores. In the past year, the stock gained 24.9% while its five-year returns came in at 247.3%, as of August 3.

During the recession of 2020, Costco Wholesale Corporation (NASDAQ:COST) reported a 9.3% growth in its net sales to $163.2 million. In June 2022, the company’s net sales rose by 20.4% year-over-year to $22.7 billion. It generated $373 million in free cash flow in its fiscal Q3 2022, up from $322 million in the previous quarter. Costco Wholesale Corporation (NASDAQ:COST) also holds a strong dividend history, raising its dividends consecutively for the past 18 years. It currently pays a quarterly dividend of $0.90 per share, with a yield of 0.66%, as of August 3.

In July, Deutsche Bank upgraded Costco Wholesale Corporation (NASDAQ:COST) to Buy with a $579 price target, calling the company one of the strongest and most consistent operators in the group.

At the end of Q1 2022, 61 hedge funds in Insider Monkey’s database owned stakes in Costco Wholesale Corporation (NASDAQ:COST), up from 57 a quarter earlier. These stakes are collectively valued at over $5.4 billion. Fisher Asset Management was the company’s leading stakeholder in Q1, owning over 4 million shares.

ClearBridge Investments mentioned Costco Wholesale Corporation (NASDAQ:COST) in its Q4 2021 investor letter. Here is what the firm has to say:

“Portfolio gains were led by a diverse group of contributors. Also in consumer discretionary, Costco, which operates a chain of membership-only big-box retail stores, continues to impress as it takes to share and becomes more relevant for the consumer even as the world opens up.”

Dollar General Corporation (NYSE:DG) is an American chain of variety stores that opened over 1,000 new stores during the pandemic of 2020. Since the start of 2022, the stock is up 6.4% while it gained 6.62% in the past year, as of the market close of August 2.

In Q1 2022, Dollar General Corporation (NYSE:DG) generated nearly $168 million in free cash flow while its operating cash flow came in at $450 million. The company’s dividend payments during the quarter amounted to over $125 million, signaling enough cash flow to satisfy its dividend payments. Dollar General Corporation (NYSE:DG) pays a quarterly dividend of $0.55 per share, raising it by 31% in February. This was the company’s 7th consecutive year of dividend growth. As of August 3, the stock’s dividend yield came in at 0.88%.

In July, Oppenheimer raised its price target on Dollar General Corporation (NYSE:DG) to $275 while maintaining an Outperform rating on the shares, appreciating the stock’s performance in 2022 as it outperformed the broader index.

The number of hedge funds tracked by Insider Monkey owning stakes in Dollar General Corporation (NYSE:DG) grew to 53 in Q1 2022 from 44 in the previous quarter. The stakes owned by these hedge funds hold a value over $2.25 billion.

LRT Capital Management mentioned Dollar General Corporation (NYSE:DG) in its Q3 2021 investor letter. Here is what the firm has to say:

At LRT Capital Management we are continuously searching the market for great investment opportunities. Our favorite finds are companies with moats and growth opportunities that justify a higher price than what the stock is trading for. One of our holdings (approximately 1.5% of our long exposure) is Dollar General (DG), so today, we wanted to tell you a bit about this great company.

Dollar General is a discount retailer with the largest brick-and-mortar presence in the United States by store count. The company’s largest concentration of stores can be found in the southern, southwestern, midwestern, and eastern parts of the United States.10 Dollar General was founded in 1939 by J.L. Turner, who originally named the company “J.L. Turner and Son, Wholesale”.  As the name suggests, the company began its life as a wholesaler, but quickly turned to a retailer of general store goods. By the early 1950s, the company had annual sales of $2 million per year,12 which is the equivalent of $22.95 million in 2021 dollars when adjusted for inflation.

The first Dollar General store opened on June 1st, 1955 in Springfield Kentucky. The simple concept was that no item in the store would cost more than one dollar. The company changed its name to Dollar General Corporation in 1968 when Dollar General became publicly traded. At the time of its initial public offering, the business generated more than $40 million in annual sales. The company’s common stock was publicly traded from 1968 until July 2007, when it was taken private by KKR. The company went public again in November 2009, under the ticker DG.

Today, Dollar General is an evolved, and phenomenal business with more room for growth. Annual sales reached a record $33.7 billion in fiscal year 2021 after consecutively growing the top line for many years. The company’s main products are every-day necessities and consumables purchased by lower income consumers on tight budgets…”

An American multinational retail corporation, Walmart Inc. (NYSE:WMT) thrived during the recession of 2008, gaining 9% from 2007 to 2009. The stock delivered a 64.8% return to shareholders in the last five years.

Walmart Inc. (NYSE:WMT) has a solid dividend growth history, boosting its annual payouts since 1974 consistently. It currently pays a quarterly dividend of $0.56 per share, with a dividend yield of 1.69%, as of August 3. In FY21, the company generated over $11 billion in free cash flow and Over $24 billion in operating cash flow. Its dividends are safe with a payout ratio of 47.8%.

In July, UBS set a $152 price target on Walmart Inc. (NYSE:WMT) with a Buy rating on the shares, expecting the company to make progress clearing out excess inventory by Q3 2022.

In Q1 2022, McDonald’s Corporation (NYSE:MCD) generated a free cash flow of over $1.7 billion while its operating free cash flow for the quarter stood at $2.13 billion. The company’s global comparable sales grew by 11.8% during the quarter, which reflects positive comparable sales across all segments. McDonald’s Corporation (NYSE:MCD) has been raising its dividends consecutively for the past 46 years. Currently, it offers a quarterly payout of $1.38 per share, with a dividend yield of 2.11%, as of August 3.

Appreciating the company’s quarterly earnings, RBC Capital raised its price target on McDonald’s Corporation (NYSE:MCD) to $305, with an Outperform rating on the shares.

As per Insider Monkey’s Q1 2022 database, 58 hedge funds owned stakes in McDonald’s Corporation (NYSE:MCD), up from 57 a quarter earlier. The consolidated value of these stakes came in at over $2.73 billion.

The Kroger Co. (NYSE:KR) is an Ohio-based retail company that operates supermarkets in the US. In Q1 2022, the company generated $357 million in free cash flow and over $1.1 billion in operating free cash flow. The company ended the quarter with over $245 million in cash, with total assets amounting to over $12.2 billion.

On June 23, The Kroger Co. (NYSE:KR) announced a 24% hike in its quarterly dividend to $0.26 per share. This marked the company’s 16th consecutive year of dividend growth. Moreover, the company has grown its payouts at a CAGR of 14% since it reinstated its dividends in 2006. As of August 3, the stock’s dividend yield came in at 2.22%.

In June, MKM Partners raised its price target on The Kroger Co. (NYSE:KR) to $55 with a Neutral rating on the shares, highlighting the company’s reward and private label programs. Analysts and investors are also positive about famous dividend stocks like The Coca-Cola Company (NYSE:KO), Johnson & Johnson (NYSE:JNJ), and Exxon Mobil Corporation (NYSE:XOM).

Disclosure. None. 10 Dividend Stocks to Buy Now Before Recession Begins is originally published on Insider Monkey.