A Roth individual retirement account (IRA) allows you to contribute after-tax dollars into an account that can keep on growing tax-free. The account gives you the option to withdraw the amount penalty-free after the age of 59½. However, the Roth IRA must be opened for five years before the withdrawal can be made. Roth IRA does not require a minimum contribution, and there is no age limit on when the contribution can be made. The only qualifying factor is that a single filer should earn less than $144,000 in 2022 and $153,000 annually in 2023 to make a deposit to the Roth IRA. Meanwhile, married couples can contribute to a Roth IRA if they earn less than $214,000 in 2022 and $228,000 in 2023 together. The contributions made to the Roth IRA can be used for emergency purposes. However, it must be noted that only contributions can be withdrawn at any time and not the amount of profit generated from the amount deposited.

In times of raging inflation, investors are looking towards using a Roth IRA to protect their investment gains from taxes. Some of the best Roth IRA stocks attracting hedge fund investment as of Q3 2022 include Amazon.com, Inc. (NASDAQ:AMZN), Alphabet Inc. (NASDAQ:GOOGL), and Apple, Inc. (NASDAQ:AAPL). 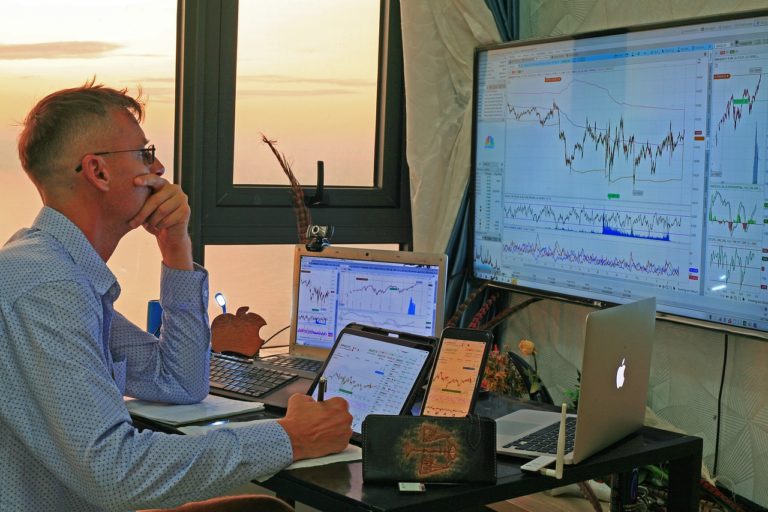 We scanned Insider Monkey’s database of 920 hedge funds and picked the most popular Roth IRA stocks among these elite hedge funds. These Roth IRA stocks provide investors with an opportunity to diversify their portfolios and earn healthy returns. The list includes stocks from different sectors ranging from consumer discretionary, energy, financial, and technology.

Best Roth IRA Stocks To Buy According To Hedge Funds

Shell plc (NYSE:SHEL) is a London, UK-based integrated energy company with a global presence. The company is making an aggressive move in lowering its reliance on conventional energy sources like crude oil and natural gas and transitioning towards renewable energy sources like wind and solar. This emerging theme is unfolding currently and could be at its peak in the next two to three decades.

In a research note issued on November 11, Ryan Todd at Piper Sandler increased the price target on Shell plc (NYSE:SHEL) from $65 to $71 and maintained an Overweight rating on the stock. The analyst highlighted that the Q3 2022 results were very positive for the integrated energy companies. Shell plc (NYSE:SHEL) has seen an improvement in shareholder returns and has significantly improved cash flow generation during the third quarter. Shell plc (NYSE:SHEL) can be considered one of the best Roth IRA stocks as it offers an attractive forward dividend yield of 3.58% as of November 25. The company has also started a $4 billion share buyback plan on October 27 that is expected to be completed in the next three months.

Third Point Management shared its outlook on Shell plc (NYSE:SHEL) in its Q1 2022 investor letter. Here’s what the firm said:

“We have continued to add to our position in Shell, as it trades at the same deeply discounted multiple today that it did last year due to a move up in commodity prices. We are engaged in discussions with management, board members, and other shareholders, as well as informal talks with financial advisors. We have discussed various alternatives with the aim of both increasing shareholder value and allowing Shell to effectively manage the energy transition. We have reiterated our view that Shell’s portfolio of disparate businesses ranging from deep water oil to wind farms to gas stations to chemical plants is confusing and unmanageable. Most investors we have discussed this with agree that the company would be more successful over the long term with a different corporate structure. Discussions among the parties have been constructive and will be ongoing since stakeholders clearly see these corporate changes as instrumental, particularly if Shell wishes to become a leader in the energy transition rather than be left behind as a tarnished legacy brand.

Beyond our discussions around corporate structure, there have been two important developments since our last update. First, Shell announced a plan to redomicile its headquarters to the UK and create a single shareholder class. This move allows greater flexibility to modify its portfolio (either through asset sales or spin-offs) and allows for a more efficient return of capital, specifically via share repurchases. Second, fundamental and geopolitical events have highlighted the strategic importance of reliable energy supplies, especially in Europe. Shell’s LNG business, the largest in the world outside of Qatar, will play a critical role in ensuring energy security for Europe. In our view, the value of this business has increased dramatically since our original investment.

While Shell continues to trade at a large discount to its intrinsic value, with proper management we believe the company can simultaneously deliver shareholder returns, reliable energy and decarbonization of the global economy. We look forward to continued engagement with management and other shareholders and to more strategic clarity from the Company.”

On November 17, Mark Lear at Piper Sandler increased the target price for EQT Corporation (NYSE:EQT) from $62 to $63 and maintained an Overweight rating on the stock. The target price reflects a potential upside of over 51% from the closing price as of November 25. Lear revised the target price following the amendments made to the exploration and production (E&P) models after the company’s Q3 2022 results. The analyst observed that EQT Corporation’s (NYSE:EQT) primary focus has been on enhancing capital returns through disciplined allocation. However, the E&P companies could incur higher capital expenditure (CAPEX) due to increasing service costs in Q4 2022 and 2023.

ClearBridge Investments presented its positive outlook on EQT Corporation (NYSE:EQT) in its Q3 2022 investor letter. Here’s what the firm said:

“We also added natural gas company EQT (NYSE:EQT) in the energy sector. As one of the lowest-cost domestic producers, EQT stands to benefit from its position as a leading supplier of natural gas to a world suffering from critically low energy reserves. The Russian invasion of Ukraine and threats to hold natural gas exports hostage have spurred a surge in European energy prices, generating long-term agreements by European countries to purchase U.S. natural gas.

This strong demand and elevated prices have helped EQT strengthen its balance sheet and position it to take advantage as opportunities emerge for natural gas to plug the gaps in the global energy transition from fossil fuels to renewables.”

According to the data compiled by Insider Monkey, Eric W. Mandelblatt’s Soroban Capital Partners is the biggest hedge fund holder of EQT Corporation (NYSE:EQT) stock with a stake of around $263.2 million as of Q3 2022.

Johnson & Johnson (NYSE:JNJ) intends to focus more on the high-growth generating pharmaceuticals and medical devices segment of the company. To provide a boost to the medical devices segment, Johnson & Johnson (NYSE:JNJ) announced on November 1 that it has decided to acquire heart pump maker Abiomed, Inc. (NASDAQ:ABMD) for a sum of over $16 billion. The Danvers, Massachusetts-based firm is also involved in manufacturing support devices for kidneys and lungs.

Johnson & Johnson (NYSE:JNJ) also has the distinction of being a Dividend King as it has increased its dividends for the past six decades. The stock offers an annual forward dividend yield of 2.57% as of November 25, making it one of the best Roth IRA stocks to invest in.

“Johnson & Johnson was among the 2 largest trims at around 1% each. Each stock was up 1% in the quarter compared to the 16% price decline for the S&P 500 and the positions were reduced as the valuations became somewhat less appealing, though still attractive enough to warrant inclusion.”

In its Q2 2022 investor letter, Baron Funds discussed its stance on Tesla, Inc. (NASDAQ:TSLA). Here’s what the firm said:

“In 2014, before we began to invest in Tesla (NASDAQ:TSLA), I called Roger to ask whether he thought Elon Musk’s electric car business would succeed. I did not believe that Roger, an owner of dealerships that sell cars powered by internal combustion engines (ICE) would likely have a favorable opinion of Tesla’s prospects. That was principally for two reasons:

Penske Automotive Group is principally an ICE car dealer. Since electric cars are powered by batteries and need little service, franchised dealerships are incented to sell ICE not EV automobiles. Further, Roger had been a long-term director of General Motors. General Motors’ ICE automobile business would be disrupted if Tesla were successful.

Regardless, I was right to have spoken with Roger. That was since he outlined numerous issues we needed to consider, study, and question before we determined whether we believed Tesla could be a successful business…before we ultimately chose whether to invest in that company.

When we completed our initial due diligence on Tesla, which diligence has been ongoing since 2014, we decided to invest $360 million in Tesla over the next two years. I then called Roger and outlined why I thought we could earn 20 times our capital over the next 10 years. Roger was so certain I was wrong that he offered to bet me $1 million that Tesla would fail. “Roger, I can’t bet you a million dollars. First, if you are right, I couldn’t afford to pay you. Second, if I’m right, you’re my friend, and I couldn’t take your money.” We settled on a dinner bet…” (Click here to see the full text)

T-Mobile US, Inc. (NASDAQ:TMUS) is an Overland Park, Kansas, and Bellevue, Washington-based network operator. The company has the distinction of being the second biggest wireless carrier in the US, with nearly 112 million customers as of Q3 2022.

T-Mobile US, Inc. (NASDAQ:TMUS) posted strong subscriber numbers for Q3 2022 as it reported the highest-ever net additions of postpaid customers to its network. Following these positive developments, Ivan Feinseth at Tigress Financial increased the price target on T-Mobile US, Inc. (NASDAQ:TMUS) from $195 to $202 and maintained a Buy rating on the stock. The analyst believes that the company will experience healthy top-line growth in the future as it continues to benefit from its extensive high-speed 5G network. This will also result in continued customer gains. Feinseth added that the industry-leading 5G position would continue to provide T-Mobile US, Inc. (NASDAQ:TMUS) with cash flow growth. The rise of the 5G network is another emerging trend, as themes like artificial intelligence, metaverse, and augmented reality will be based on this infrastructure.

Click to continue reading and see the 5 Best Roth IRA Stocks To Buy According To Hedge Funds.

Disclose. None. 10 Best Roth IRA Stocks To Buy According To Hedge Funds is originally published on Insider Monkey.

11 Biggest Malls in the World: Will Higher Interest Rates Bankrupt The Industry?

16 Largest Media Companies in the World in 2022