Cryptocurrencies have been experiencing a sharp decline in value since April 2022 as raging inflation, interest rate hikes, and the Russia-Ukraine conflict took a toll on the cryptocurrency market. However, the digital asset is staging a comeback following the slight ease in inflation in July 2022. The consumer price index (CPI) rose by 8.5% year-over-year (YoY) during July as opposed to a consensus forecast of 8.7%. That was a noteworthy decline from the YoY increase of 9.1% in June. The core CPI, which excludes the volatile food and fuel prices, increased by 5.9% from the same period last year and was 20 basis points (bps) lower than the Street’s expectations. The easing CPI provides relief to investors as it reiterates the belief that the U.S Government and Federal Reserve are getting a grip on inflation.

The emergence of cryptocurrencies as a mainstay asset class has exposed it to macroeconomic factors like inflation and interest rates. Consumer price pressure has subsided, which has sparked speculation that the Federal Reserve will switch to a slower pace of interest rate hikes. This could substantially improve the atmosphere for riskier assets like cryptocurrencies. Traders now anticipate a 50 bps increase in the benchmark interest rate when the Federal Reserve convenes again for its next FOMC meeting on September 20 and 21. Before the CPI report, traders anticipated a 75 bps rise. Some observers think that the financial market is preparing itself for a benchmark interest rate of 3.75% by the end of 2022 and then rate cuts in 2023 to combat the economic weakness that would follow an increase in interest rates.

According to CryptoCompare, trading in cryptocurrency derivatives on centralized exchanges increased to $3.12 trillion in July, up 13% month-over-month. Investors with a bullish outlook believe that the deleveraging of Celsius, Voyager, and other struggling crypto companies signals the bottom of the crypto market. According to JPMorgan Chase analysts, the most intense stage of the cryptocurrency market’s deleveraging phase has passed. Analysts claim that the current increase in Bitcoin and Ethereum prices has been driven by ordinary investors. Moreover, according to Ben Small, an analyst at digital asset broker GlobalBlock, the response of the cryptocurrency market to the most recent interest rate hike is favorable.

Apart from the easing of inflation levels, a number of recent developments have given a boost to the cryptocurrency market. On August 9, The Tasnim agency reported that Iran had placed its first import order using cryptocurrency. This could allow the country to get around economic restrictions imposed by the United States. The $10 million order was a preliminary step in enabling the nation to transact using digital assets that avoid the dollar’s dominance in the international financial system. It would also allow the country to conduct business with other nations similarly constrained by U.S sanctions, such as Russia. The cryptocurrency that was utilized in the transaction was not disclosed. A representative of the Ministry of Industry, Mine, and Trade announced on Twitter that by September-end, Iran’s usage of cryptocurrencies and smart contracts would be pervasive in international trade with many countries.

Furthermore, in the last week, The Union Bank of the Philippines (Unionbank) revealed that it is attempting to establish itself as the nation’s first universal bank to offer cryptocurrency exchange through its mobile app. Users won’t need a third-party wallet anymore as they’ll be able to purchase and sell cryptocurrencies like bitcoin directly from the banking app. Popular companies like Mastercard Incorporated (NYSE:MA), Visa Inc. (NYSE:V), and PayPal Holdings, Inc. (NASDAQ:PYPL) also offer services such as crypto wallets through their mobile applications. 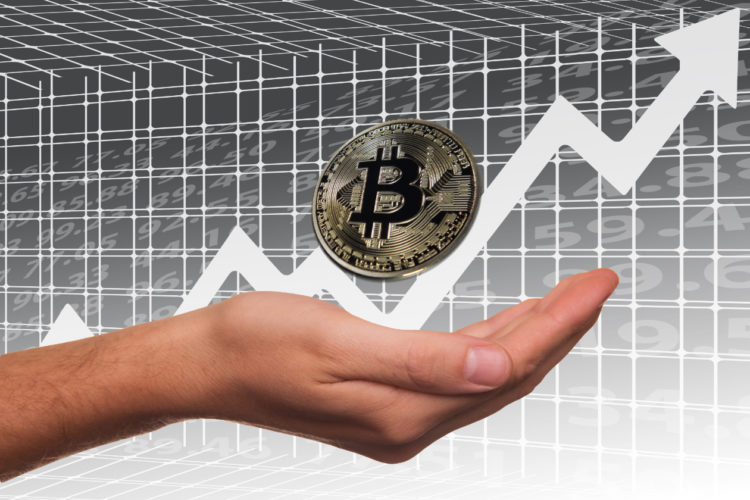 The easing of inflation levels and the expectation of lower interest rate hikes have catalyzed the cryptocurrency market, which is now staging a recovery. Keeping this in mind, we have shortlisted 10 rebounding cryptocurrencies to buy in August. We have discussed the notable developments and growth plans surrounding each currency that are likely to further boost their value.

10 Rebounding Cryptocurrencies to Buy in August

Avalanche USD (CCC:AVAX-USD) is the basic unit of accounts on the Avalanche blockchain.

The blockchain managed by Ava Labs reached a new milestone on August 9 when it reported an all-time high daily number of transactions of 1.51 million on the blockchain. Furthermore, this figure was greater than the number of daily transactions of Arbitrum, Ethereum and Optimism combined. Ava Labs has launched an upgrade called AvalancheGo Verbier. This update allows users to control their digital assets across different blockchains and puts Avalanche USD (CCC:AVAX-USD) in a position to scale its operations and become a notable player in the field of cryptocurrency. The users can shift digital assets across multiple blockchains using the platform.

According to CoinMarketCap, Avalanche USD (CCC:AVAX-USD) was the biggest gainer in the last week, as it observed an increase of 26.44% during the period, while finance and crypto-related stocks like Mastercard Incorporated (NYSE:MA), Visa Inc. (NYSE:V), and PayPal Holdings, Inc. (NASDAQ:PYPL) didn’t perform nearly as well.

According to data provided by TRONSCAN in August, the transfer value on the Tron Protocol has surpassed the $5 trillion level, and 3.6 billion transactions have been conducted on the blockchain so far. Meanwhile, the total value locked (TVL) has surpassed $11 billion. TVL is a key measure to gauge the total amount deposited on all the decentralized finance (DeFi) platforms present on the blockchain.

The blockchain has also entered into a partnership with WeFund, which is an incubator for various blockchains and real-world projects. The cryptocurrency dissolved its foundation in December 2021 and adopted a community-controlled Decentralized Autonomous Organization. In the past week, TRON USD (CCC:TRX-USD) has gained 4.42%.

Polkadot USD (CCC:DOT-USD) is a distinctive proof-of-stake (PoS) cryptocurrency that is working on providing interoperability between various blockchains. The Polkadot protocol was created by Gavin Wood, who was an integral member of the Ethereum project but had a different outlook on its evolution.

The protocol allows users to transfer data not only across public blockchains but also over permissionless and private ones. It also offers parallel blockchains with their native currency and their specific use. This differentiates it from Ethereum, where developers can create blockchains, but are also required to formulate their security measures, making new and small projects vulnerable to attacks. Meanwhile, Polkadot shares its security protocols and makes new and small projects as safe as the biggest blockchain on the protocol.

Solana USD (CCC:SOL-USD) is the native currency used on the Solana blockchain. The blockchain-powered through PoS and proof-of-history mechanisms is termed the ‘Ethereum killer,’ as it has the potential to execute a significantly higher number of transactions than Ethereum. Furthermore, the cost per transaction is also lower on Solano as compared to Ethereum.

Like Ethereum, the Solana blockchain can execute smart contracts, which is integral for DeFi apps and non-fungible tokens (NFTs). Experts like the fact that the blockchain is backed by venture capitalists and an innovative community of developers and entrepreneurs. The Solana community is focused on developing new and creative products that are easy to adopt and use. This has helped the protocol gain attention quickly. Some observers consider it the third most important blockchain behind Bitcoin and Ethereum. The cryptocurrency has experienced a rise of 13.3% in the last week.

Cardano USD (CCC:ADA-USD) is the native token for the Cardano blockchain that was developed by Charles Hoskinson.

The Cardano platform has been created by cryptographers, engineers, and mathematicians through employing a research-based approach. The blockchain is expected to see an important update in the form of the Vasil hard fork. The update will be focused on improving the speed and scale of smart contracts on the blockchain. The deployment of the Vasil hard fork update has been delayed in the past, but founder Charles Hoskinson believes there will be no further delays. Mark Cuban thinks that Cardano is just one decentralized application away from success, after which it will become a required purchase for every investor.

In the last week, Cardano USD (CCC:ADA-USD) has gained 6.9%. Notable companies like Mastercard Incorporated (NYSE:MA), Visa Inc. (NYSE:V), and PayPal Holdings, Inc. (NASDAQ:PYPL) also stand to gain from the rebounding cryptocurrency values as these companies have significant exposure to the crypto market.

Click to continue reading and see 5 Rebounding Cryptocurrencies to Buy in August.

Disclose. None. 10 Rebounding Cryptocurrencies to Buy in August is originally published on Insider Monkey.

Surveys or Specifics: Do Economies Respond to Consumer Expectations or the Facts at Hand?