The Refinance Index increased 8 percent from the previous week and is at its highest level since the week ending October 12, 2012. The seasonally adjusted Purchase Index increased 1 percent from one week earlier. …
“Continued uncertainty due to the lack of resolution regarding the fiscal cliff led interest rates lower last week, with mortgage rates reaching a new low in our survey,” said Mike Fratantoni, MBA’s Vice President of Research and Economics. “Refinance activity increased, with the refinance index hitting its highest level in two months, and the refinance share reaching its highest level since January 2009. Applications for purchase increased for a fifth consecutive week, and are running almost ten percent above their level at this time last year.”
The average contract interest rate for 30-year fixed-rate mortgages with conforming loan balances ($417,500 or less) decreased to 3.47 percent, the lowest rate in the history of the survey, from 3.52 percent, with points decreasing to 0.36 from 0.41 (including the origination fee) for 80 percent loan-to-value ratio (LTV) loans. 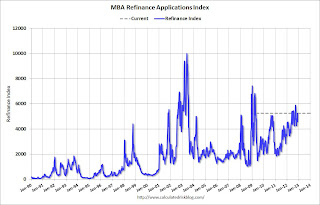 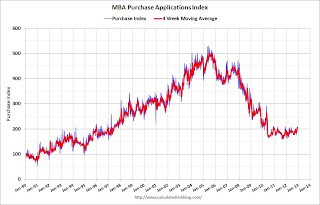