Total housing starts in August were above expectations, and starts for June and July were revised up combined.  This was the highest level of starts in 12 years.

This first graph shows the month to month comparison for total starts between 2018 (blue) and 2019 (red). 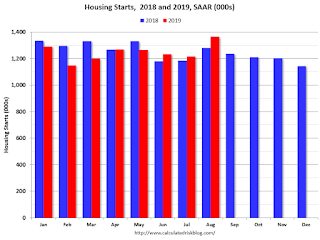 Last year, in 2018, starts were strong early in the year, and then fell off in the 2nd half – so the early comparisons this year were the most difficult.

These graphs use a 12 month rolling total for NSA starts and completions. 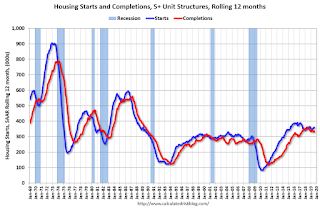 The rolling 12 month total for starts (blue line) increased steadily for several years following the great recession – but turned down, and has moved sideways recently.  Completions (red line) had lagged behind – then completions caught up with starts. 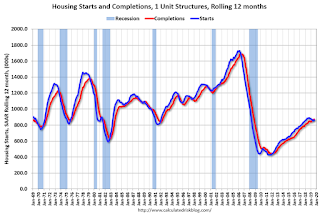 Give War a Chance

Why Financial Sector Earnings Are a Deceptive Farce

TOP STORY: Are Banks Too Big to Jail?