This does not include the 658,737 initial claims for Pandemic Unemployment Assistance (PUA) that was down from 868,314 the previous week. (There are some questions on PUA numbers). 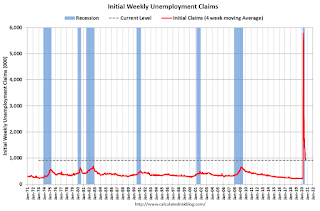 The dashed line on the graph is the current 4-week average. The four-week average of weekly unemployment claims decreased to 912,000. 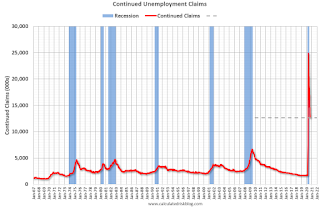 At the worst of the Great Recession, continued claims peaked at 6.635 million, but then steadily declined.

Note: There are an additional 14,467,064 receiving Pandemic Unemployment Assistance (PUA) that decreased from 14,656,297 the previous week (there are questions about these numbers). This is a special program for business owners, self-employed, independent contractors or gig workers not receiving other unemployment insurance.

XRP Could Blow From Here

Chart a Course To Self-Reliance

When Oh When Will The US Dollar Stop Rising?