I took a deep dive into NFTs the last few weeks and completely alienated my stock market audience. I’m sure I pushed away some readers, but also gained some new ones. The NFT space is a funny one, one most cannot understand. Most people can’t get over the fact that you can right click an image and save it to your computer, so why would you ever spend hundreds or dollars, if not thousands of dollars, for a single jpeg file? Also, most people who enter the space will lose money, so it is good to be a skeptic.

So what is an NFT? We are not going to get down to definitions or the basics as I like to think the readers here at iBankCoin are a little more sophisticated. Instead, I will show you simply what I did during my two week deep dive into NFTs, which should give you a better understanding on how you can actually make money in the space.

NBA Top Shot did so much for NFT’s .. Sports has a way of doing that

The very first NFT I bought was a pack of NBA top shot cards, this actually was a few months ago, but it birthed my curiosity in the space. I bought a $9 dollar pack of cards, with 3 collectable NBA NFTs. I turned that $9 into $800, after immediately selling what I bought, and was like “Woah”. I used some of those profits to buy more TopShots, but the resale kept going lower and lower, so I lost interest. Overall, I made money on that endeavor, but there was just not enough hype/money to keep me interested.

Fast forward a few months, and I bought my first NFT two Friday’s ago, THE PUDGY PENGUIN. 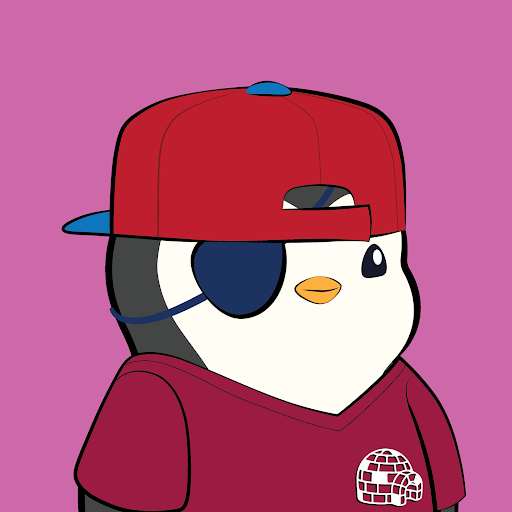 You could say I got lucky on my first NFT purchase, as my original buy of this fine jpeg at $700, quickly rose to $14,000 in a matter of days, literally days. You can see why from here, I couldn’t quit the NFT space (Which I’m sure was by design).

So what made me buy this NFT? How did I know the Pudgy penguin would pop? MOMENTUM on twitter was a clue, a few key crypto guys started to change their profile picture to a penguin, and once I saw Vince, aka Raul, from the website change his profile picture, I knew I wanted to be a penguin as well. Honestly, I had no idea the penguin would rocket the way they did, but I liked the Art. I guess you can say, “I LIKE PENGUINS”.

Sometimes that’s all you need in the NFT space, just a spark of momentum, luck, and a little curiosity to make some money.

So what did I do next? Upon purchasing my penguin, my inbox started filling up with offers for this cute penguin. I was like, “what is this? and, why do they want it so bad?” So what did I do? I did what any degenerate would do, and bought another penguin, enter ME (my twitter profile picture): 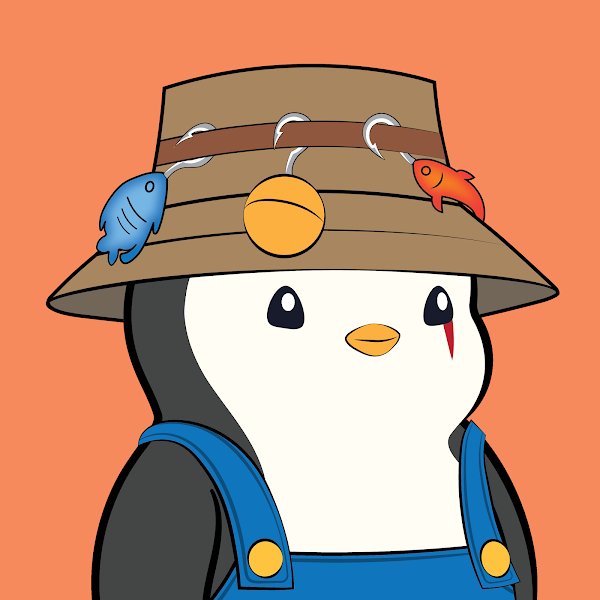 Woah, so you mean to tell me you have two penguins from $700 that just went 30X, and now worth over $20,000 in days? Yup, I pretty much got super lucky for scratching my curiosity’s itch, no J Cole. The NFT space has a very similar feel to bitcoin in it’s infancy, no one could understand it, some even ridiculed me for buying, yet my jpegs continue to fuck.

NFT buying feels just like buying bitcoin at $60. Had no idea what I was doing, felt scared, but ape’d in. It worked with bitcoin, my guess is it won’t be that easy for NFTs. Penguin hit was nice, but very rare.

So what did I do next? And how the hell do you buy these jpegs? First I will say that most people will lose a lot of money trying to buy NFTs, which may even include myself. You have to set a certain amount of money you want to buy digital Art with and stick to it, otherwise this somewhat addicting space can steal all of your hard earned crypto coins. Do you really want to lose your $ETH and $SOL for worthless Art?

opensea.io is your connection to NFTs, or should I say the go-to currently, for the Ethereum blockchain. You will need a wallet to connect to Opensea in order to purchase, I use metamask.

Solanart.io is your connection to NFTs using the $SOL ecosystem. We will get into this in a minute, but it’s one of these reasons why I am super bullish on $SOL, and may be the most profound thing I learned from the NFT deep dive.

Before we get into $SOL, let’s check out more Art from the Ethereum block chain, in opensea.

After hitting two penguin back to back, I got my wife involved, we were having a good time at this point printing thousands of dollars a minute with some damn penguins, we need another hit, at least I did. She liked the moondog art, and asked me what I thought? I said it’s a damn moondog, how can this thing not go? So we decided we would each buy a dog under .10 ETH: 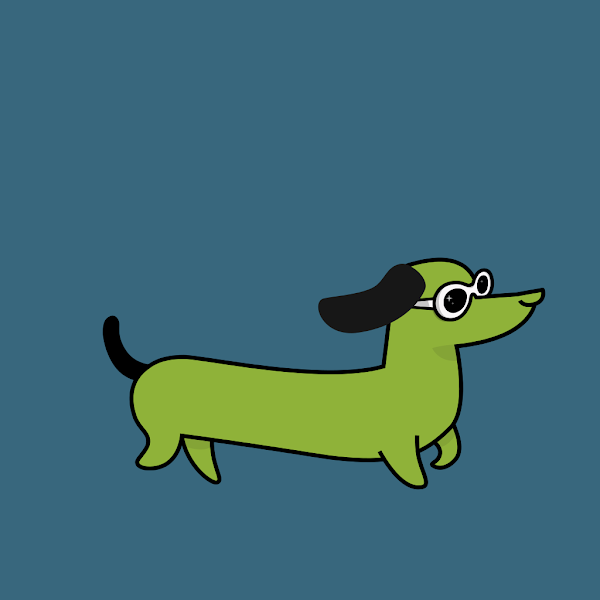 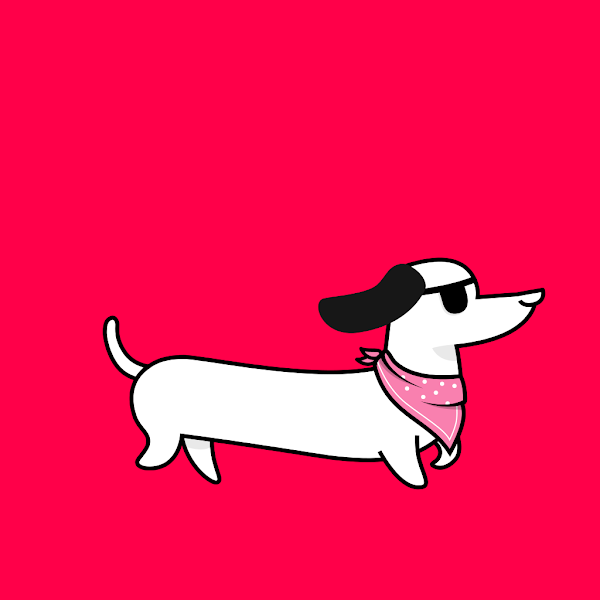 Again, shortly thereafter the moondog purchase, due to the crazy momentum in the NFT space, the floor on the dogs quickly rose to .40 ETH, so we did another. This time I got Raul back involved, and shot him a quick text after seeing him absolutely destroy this penguin trade. I asked him what his next purchase would be, he told me he likes: Fluffy Women with nice Bones. I was like, “Cool”

That was code for:

I noticed JRNY crypto, a pioneer in the game, was on the Fluf trade too– and he absolutely crushed the Board Ape trade. So I wanted in. The Fluf NFTs looked a step above everything else, the digital video, the audio that came with it, it was pretty sick. The price was running however at 1.5 ETH, so I decided to pass until I got a dip. I clicked on World of Women, same thing– trading at 1.5 ETH, I needed a dip.

Then, I clicked on Bitbones and fell in love. This pixel art was a step above everything else on twitter, yes even the beloved crypto punks. They say Art can speak to you, well bitbones did, and I did a market buy for .45 ETH for this amazing piece below: 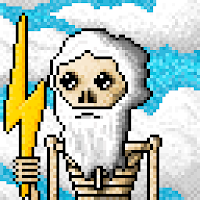 I will never sell it. It is perfection.

After a few day came to pass, the dips came, and I got my Fluf in a swamp. The audio it comes with makes this purchase worth wild, and the reason I paid .69ETH for the NFT– I just hope I don’t get $WISH’D: 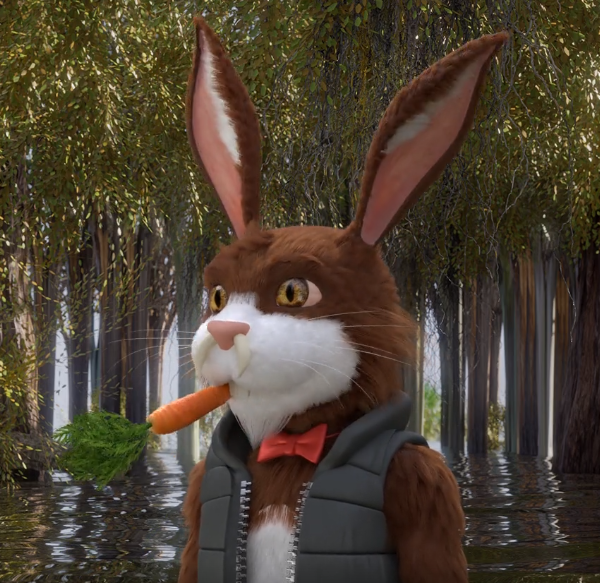 Then, the dips came for bitbones, and I bought more for my collection. These are simply amazing, and I’m here for the ART. I also get to look forward to an airdop coming this week for more Art, so if you are a owner of a bitbone, you have a chance to get some art from the artist in the form of an airdrop. Yes, these are more than just JPEGs, NFTs can come with continued gifts like dividends. And, I like Bitbones. 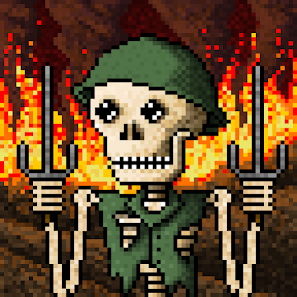 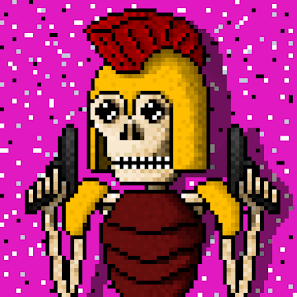 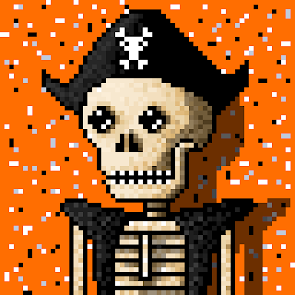 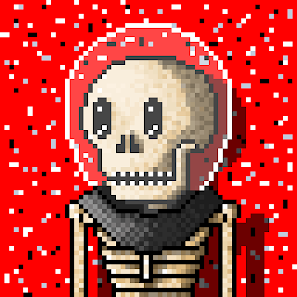 My collection is building and I’m thinking what’s next? Enter Legend “Fintech Frank“. Frank says he just received a pixel avatar from an artist and posted it as his profile picture. I thought his new profile picture was dope, so click on the artist and found some very cool MMA punks. I reached out to the artist and said, “hey bud, you really need a Ragin Cajun Rare NFT in your collection, because Lafayette, Louisiana deserves that. Dustin Poirier & Daniel Cormier MMA CHAMPIONS from Cajun Country, need I say more?

I told him I like what he did with Fintech Frank and I need my very own NFT. He was very hesitant to put me in the collection, he said he only envisioned his collection being MMA fighters, but he reached out later and said he would do it (he must know I can fight). NOW I HAVE MY VERY OWN NFT (VERY RARE): 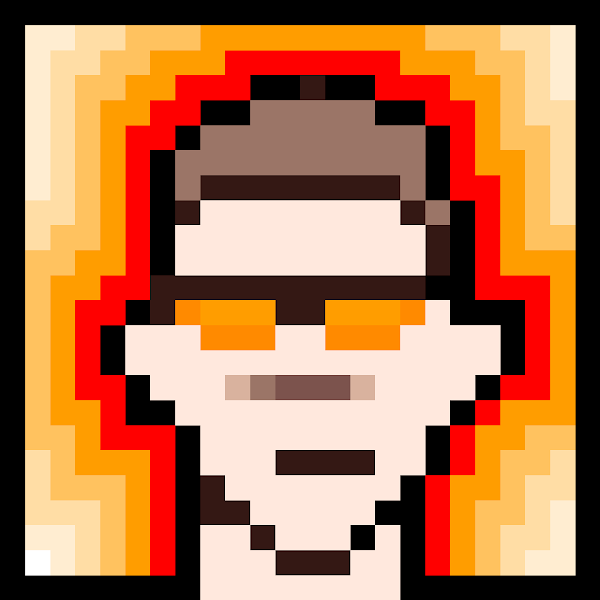 After having my very NFT made, I thought to myself, “Man, I’m really winning this NFT game. Let’s do another!”

From there I reached out to an old Friend from Minnesota, he told me he thought it was going to be a $SOL summer, but it ended up being a NFT summer. He then proceeded to tell me about a project on the $SOL blockchain, degenapes. I told him that my $SOL bag was very big and I was down to connect to solanart.io to mint a degenerate Ape. I mean I did just go full degenerate on NFTs, why stop? I was lucky enough to get a mint as the project sold out in 8 minutes. Here was my grab in all it’s glory: 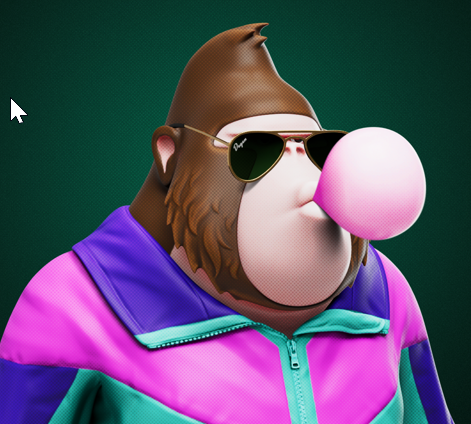 May have carpel tunnel now, but it was a fun event. Got to learn more about the $SOL ecosystem. Although, they have a lot of work to do, when they get it together, they will scale fast. Very bullish on $SOL.

Two weeks on a deep dive to NFTs, and that was my experience. I don’t really care if I make money on these jpegs or not, I like art, and I like my collection. This will be an interesting space going forward as everything is time-stamped on the blockchain. So imagine someone buying you penguin from you, then you proceed to see it go up 1000X and the new buyers says, “HFSP”

Yes, NFT is the ultimate flex. It is here to stay, and most people will lose money. The wife says she like’s moondogs, and she has never led me wrong on investment decisions, so we bought two more for our kids on the dip.

Have a good night all, and don’t forget to buy $SOL on every single dip.

Words from Jack Dorsey, CEO of $TWTR. “Every account on Twitter should have a wallet address for storing NFTs. Users could select any NFT in their wallet to use as their avatar”

Canadians Head To The Polls September 20 In Federal Vote