It is hard to imagine a life in which cars don’t exist. They have absolutely revolutionized the world over the past century, and from a luxury that could only be afforded by the ultra-rich, became a necessity for most people. This is especially true in less developed countries with poor infrastructure, where public transport is either unreliable at best, or does not basically exist at worst. Major cities in such developing countries tend to be huge as well, and so, a car become a necessity to be able to traverse the sprawling metropolis.

Even in the United States, arguably the most advanced country in the world, there are many, many cities, towns and metropolises where public transport isn’t very robust, and unless you don’t like to go out much, and even work is nearby (or you work from home in the post pandemic world), you will need a car to be able to get by. Contrast this with much of Europe, which has made significant investments in its infrastructure to boost and fund public transport to reduce the necessity of cars anywhere. London arguably has one of the best public transport systems in the world, mainly because of the London Underground, which itself originates from the first underground railway in the world. Most European cities have the benefit of not being very large, though London is certainly the exception. Because of the availability of prompt, reliable, public transport, many people simply forego the expense of buying a car and meet their needs through public transport. To encourage the use of public transport, many European governments provide travel cards on daily, weekly, monthly and in some cases, even annual basis which are easy on the pocket, while the rising price of gasoline has seen many people shift from cars in recent months as well. 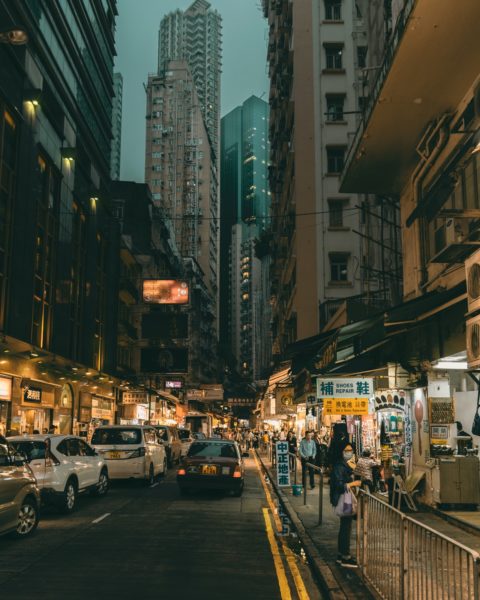 Right now, the demand for cars is sky high globally, mainly due to supply chain issues and global shortages of raw materials. Prices are increasing significantly since the pandemic began, especially in developing countries whose currencies are being shredded by the US dollar reaching all-time highs. Until supply returns to normal, exorbitant prices will continue, with dealers even offering incentives to get back the cars they’ve leased to customers and sell them for even higher profits. The average price of a used vehicle in the United States in November 2021 was $29,011, 39% higher when compared to the previous year. More than half of the America’s households don’t have the income needed to buy an average priced used vehicle.

Right now, the car industry is at a crossroad. The next few years will determine the direction companies, and hence the industry overall take, and how that will impact the world at large. It isn’t hyperbole to say that the current transition being seen is perhaps the most important since the advent of the motorcar. While scientists have been talking about climate change for decades, we are just now, over the past few years, starting to see the effects, which have been devastating. From droughts to heatwaves to extended cold snaps to floods, we are witnessing carnage in more or less every continent, and this will continue to get worse before it gets better. One of the ways to combat this is to reduce reliance on fossil fuels, and one of the biggest uses of fossil fuels is in providing fuel for traditional cars. This is why governments all over the world are aiming to switch to electric cars in a bid to utilize renewable energy (see the 10 best renewable energy stocks to buy). Tesla, Inc. (NASDAQ:TSLA) has capitalized on this to become the dominant company in the electric vehicle industry, to the extent that its market cap is the highest among all automobile companies, even touching $1 trillion at point. This is despite Tesla, Inc. (NASDAQ:TSLA) not being among the biggest car companies in the world by sales.

According to McKinsey, shared mobility, feature upgrades, newer business models and connectivity services could result in revenue in the automotive field increasing by around 30%, which could result in an increase of $1.5 trillion by 2030, compared to current revenues of around $5.2 trillion, which itself was an increase of 50% from $3.2 trillion in 2015. Despite shared mobility being a major factor in the future growth of the car industry, vehicle unit sales will continue to increase, though the annual growth is expected to be around 2% rather than the previous 3.6%. In fact, up to 10% of the cars sold in 2030 will be a shared vehicle; in the United States, the percentage of young people (age 16-24) who held a driver’s license decrease to 71% in 2013, from 76% in 2000.

Self driving vehicles are also expected to dominate the industry in the next decade, even though they are currently battling technological and regulatory issues. Once these issues are resolved, the expectation is that around 15% of the cars sold in 2030 could be fully autonomous.

To determine the biggest car companies in the world by sales, we relied on either their sales reported by Yahoo Finance, or consulted their latest revenues as mentioned in annual reports. Where the currencies are different from USD, to be able to have a single point of comparison, we have used the latest exchange rates to convert the currencies to USD. So without further ado, let’s take a look at the biggest car companies in the world, starting with number 10:

Annual revenue in the latest financial year (in USD billions): 85.85

Hyundai is South Korea’s biggest car manufacturer, boasting more than 100,000 employees and sold more than 4.4 million vehicles in 2019 alone. Hyundai also has a 33.3% stake in Kia Corporation, another major South Korean automobile company which sold more than 2.8 million cars in 2019.

Annual revenue in the latest financial year (in USD billions): 103.32

Annual revenue in the latest financial year (in USD billions): 103.9

Annual revenue in the latest financial year (in USD billions): 111.24

BMW is one of the most recognized brand names in the world regardless of industry. Prestige and class ooze from every car manufactured by BMW. Having initially been founded as an aircraft engine manufacturer, the company soon pivoted to cars and never looked back, with cars being marketed under the BMW brand in addition to Mini and Rolls-Royce, the latter often being considered to be the most luxurious car in the world. While BMW is headquartered in Germany, is has production sites in India, China, Mexico, Germany and Brazil.

Annual revenue in the latest financial year (in USD billions): 127

The most recognizable brands by General Motors Company (NYSE:GM) include GMC, Buick, Chevrolet and Cadillac, and has recently announced its intentions to stop the production of vehicles with internal combustion engines, including both hybrids and plug-in hybrids by 2035, in an effort to become carbon neutral by 2040.

Click to continue reading and see the 5 biggest car companies in the world by sales.

Disclosure: None. 10 biggest car companies in the world is originally published at Insider Monkey.

A Look At Silver Demand