The film production industry is one of the most lucrative industries in the world, and one that has evolved with time as well. Since the days of theatrical performances to the original box offices in New York City and now to the era of professional visualizations, global productions, and billion dollar franchises, the industry has seen it all.

The global movies and entertainment market was valued at $90 billion last year according to the research firm Grand View Research and is estimated to sit at $95 billion by the end of this year. From then until 2030, the segment will grow at a compounded annual growth rate (CAGR) of 7.2% and be worth a whopping $170 billion by the end of the forecast period. In this multi billion dollar pie, North America was the dominating player, and according to the research firm, the region accounted for 34.5% of the overall market last year. However, particularly due to its size, the North American film market will not grow as fast as the fastest growing region which is Asia Pacific. The region will outpace the broader industry when it comes to growth, through a CAGR of 8.2%.

Another report, this time from Market Data Research, focuses its attention on the motion picture industry. It estimates that this particular sector was worth $42 billion in 2019 and will grow at an 8.3% CAGR to sit at an estimated $44 billion by the end of 2027. It agrees with Grand View Research on Asia Pacific being the region with the highest growth, and highlights that the region’s younger population of individuals aged under 25 years will drive move viewership. Segregating motion pictures by genre, Market Data Research reveals that Fantasy was the largest segment in 2019 and it will continue to lead in 2027 as well. In the second place, to no one’s surprise, are Action movies. Additionally, the research firm outlines that Asia Pacific will have a strong growth rate of 9.5%.

Delving a bit deeper into film production, especially since newer technologies such as 3D animations and movies are disruptive, is merited as well. Fortunately for us, IndustryARC has a report that analyzed the 3D movie theater market. This market will have the strongest growth rate in our research today, with the research firm stating that it will grow at a whopping 20.1% CAGR between 2021 and 2026 to sit at an estimated $10 billion by the end of the forecast period. Coupling this with Market Data Research’s value of $44 billion for motion pictures in 2027, it is safe to conclude that 3D movie theaters will account for more than a quarter of the total pie. The research firm also reports that in 2020, multiplexes held the highest market share, since they have multiple screens which allow the cinema to host a maximum number of viewers. In 2020, Asia held the largest share as it contributed 35% to the overall market, Europe controlled 23% of the market, and North America came in second place after accounting for 20% of the overall revenue pie.

Today’s piece will focus on the largest film production companies in the world, and the top players are The Walt Disney Company (NYSE:DIS), Netflix, Inc. (NASDAQ:NFLX), and Universal City Studios LLC. 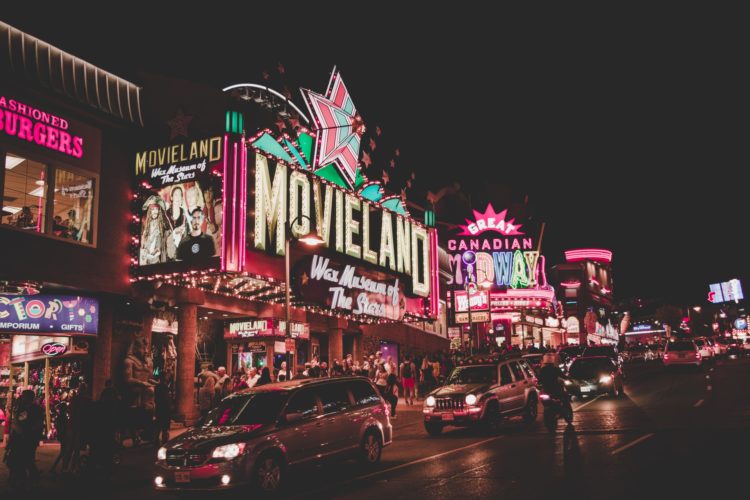 Photo by Kosta Bratsos on Unsplash

We took a broad look at the film production industry to pick out the top players. Then, we calculated the number of movies that they have produced to date, and they were ranked through this criteria.

BBC Film is the film making division of the British Broadcasting Corporation (BBC). The firm was set up in 1990, and it produces roughly eight films a year in partnership with other companies. BBC Film is headquartered in London, the United Kingdom.

BBC Film has produced 166 films in its history. These have brought the company $1.8 billion in sales, out of which $679 million comes through its domestic audience in the U.K. The production firm has produced ten films so far in 2022. These include God’s Creatures, Triangle of Sadness, The Lost King, and Russia 1985-1999: Trauma Zone. The last one is a documentary that uses BBC’s archived footage to show viewers what the final days of the Soviet Union, its breakup, and the subsequent transformation into the Russian Federation and Central Asian states were like.

Lions Gate Entertainment Corp. (NYSE:LGF-B) has produced 214 movies to date. The firm is also one of the younger film studios out there, as it was set up in 1997. Its films consist of titles that it has produced by itself, and those from other production houses such as Summit Entertainment, Overture Films, and Artisan Entertainment. Out of these, the latter two studios are now defunct. Some of Lions Gate Entertainment Corp. (NYSE:LGF-B)’s most popular films are The Expendables 2, John Wick Chapter 3, The Day After Tomorrow, and The Hunger Games Franchise. It has brought in $10 billion through box office in its history.

Canal+ is a French television channel. The bulk of its films are produced in French, and are released for overseas audiences with dubbing in the local language. Canal+ is owned by Groupe Canal+, which is a subsidiary of the French entertainment giant Vivendi SE (EPA:VIV).

Since being set up in 1984, Canal+ has released 227 films. These have brought it $4.7 billion in sales, out of which $1.2 billion have come through domestic audiences. The channel’s international arm, Canal+ International, is available in the United States under the television coverage provided by Direct TV. Canal+’s most popular movie lineup, which viewers in the U.S. will be familiar with, is the hit movie series Taken. It stars Liam Neeson as a retired Central Intelligence Agency (CIA) operative who goes on a global hunt for his daughter’s kidnappers. Another hit Canal+ series is the Transporter lineup, starring Jason Statham as a courier that gets caught up in crime. While there are many European players in our list, the biggest companies are from the US, including The Walt Disney Company (NYSE:DIS), Netflix, Inc. (NASDAQ:NFLX), and Universal City Studios LLC.

Paramount Pictures Corporation is one of the oldest film making companies in the world. It traces its roots back to 1912, in the form of the Famous Players Film Company. The firm is the film making and television arm of Paramount Global (NASDAQ:PARA) and is headquartered in Hollywood California, the United States.

Out of the hundreds of films that it has released, four (excluding the Titanic) have grossed more than a billion dollars. Out of these, the most popular is The Avengers, which has grossed $1.5 billion since it was released in 2012. Paramount Pictures Corporation has also released one of the most popular films of 2022, Top Gun: Maverick. This has raked it another cool $1.4 billion, becoming the third most popular film despite being in the presence of titles that were released as far back as 2011.

Click to continue reading and see 5 Biggest Film Production Companies in the World.

Disclosure: None. 10 Biggest Film Production Companies in the World is originally published on Insider Monkey.

10 Biggest Geothermal Companies in the World