The battle over the next Fed chairman is on. Will it be Janet Yellen or Larry Summers?

The Washington Post comments “Janet Yellen called the housing bust and has been mostly right on jobs”, asking Does she have what it takes to lead the Fed?

For starters, it is highly likely that President Obama has already made up his mind. He is pretending there is a choice to be made when there is really no choice unless some political event forces a change in direction between now and the announcement.

The detractors win both sides. Neither Yellen nor Summers is qualified. In fact, there is not a single person who would take the job that is qualified. There should not be a Fed at all.

The idea that a group of economic wonks can sit down and micromanage the economy to health is preposterous. Central bank clowns have proven time and time again they have no idea what the interest rate should be.

Curiously, lots of analysis suggest we do not need Larry Summers because there is not going to be another crisis.

Rest assured there will be another crisis, and much sooner than most think. But that does not make Summers qualified. His role is to help create crises, not stop them.

The only candidate that makes sense is the candidate who will set a target date to end the Fed. Unfortunately, no such candidate is on the short list. 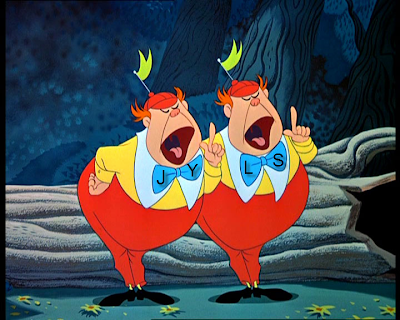 The choice is between Tweedle-Dee who rates to slosh money around even more than Bernanke in a futile effort to create jobs, and Tweedle-Dum who will do whatever Wall Street wants.

Is there really a difference?