Economists have a perfect track record of 100% failure in ability to predict a recession. In a recession that’s at least 20% likely to have already started, Economists See 20% Chance of US Recession this Year.

A Financial Times survey of 51 economists, conducted in the days after the Fed’s January meeting, underscores the impact of the past month’s severe market turbulence and a string of lacklustre economic reports out of the US and China.

The fear that the world’s largest economy — considered the lone engine of global growth — is on the verge of recession has intensified. In the FT’s December survey economists had put the odds of a US recession at 15 per cent during the next two years. Now, they see a one-in-five chance of recession in the next 12 months.

Economists surveyed by the FT emphasised that while the odds of a recession had climbed, a large majority still expected the US to escape one. Several who have fielded increased investor calls on the subject said that the conversation had been skewed because of the near obsession with the price of oil — a point that they argued had more to do with supply than global demand.

Mr Gapen, who put the odds of a recession between 10 and 15 per cent, said that he still thought strong consumption trends would keep the US economy from contraction. 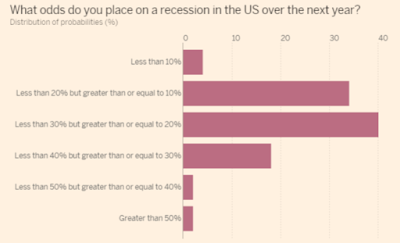 Less than 5% of economists see a greater than 50% chance of recession. 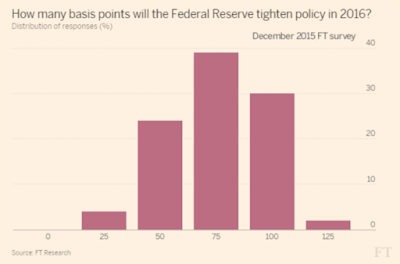 In December not a single economist thought the Fed would hike zero times in 2016. 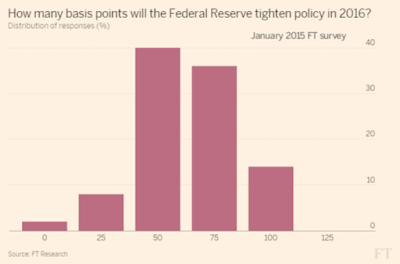 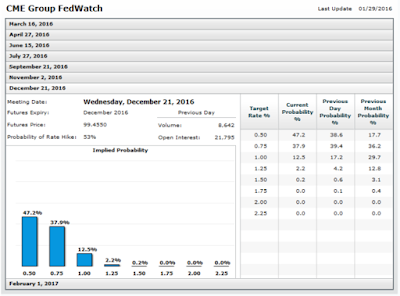 The Fed Fund futures show a nearly 50% chance of no hikes this year.

This is truly Fantasyland material.

IPO Market Comes to a Standstill

U.S. Drivers Could Get Under $3 Gasoline For Christmas